Wales' night-time economy may raise a legal challenge in response to closures. 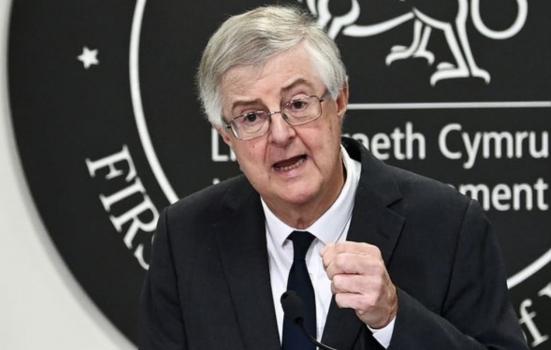 Drakeford cited the "changing context of Omicron" as reason for closures

Wales will close nightclubs from 27 December as part of new Covid measures.

Speaking on Friday (17 December) First Minister Mark Drakeford described nightclubs as “super spreader events,” as he explained a “hierarchy of risk” had been taken into account amid rising case numbers.

"They were the last places to reopen when we were reopening the economy because they are the riskiest and as we step back into more risky territory I don't think it can be a surprise that they are the first that we have to ask to close again.”

Drakeford said vaccine passports, first introduced in October, had been “very effective” in tackling the Delta variant and indicated they would be part of an exit strategy from upcoming closures. But he said venues would be unable to operate them as Omicron case numbers rise.

As of Sunday (19 December), 272 cases of the Omicron variant had been detected in Wales.

Wales’ late-night economy may raise a legal challenge in response to the closures.

The Night Times Industries Association (NTIA) says it is “astounded” by the “consistent targeting of the nightclub and late-night economy sector”.

“We have been placed in an untenable position and will now have no choice but to come out fighting,” said NTIA CEO Michael Kill.

The closures mean nightclubs will be closed on New Year's Eve, one of the busiest nights of the year, for the second year in a row.

Aberysthwyth Pier’s Lee Price said that nightclubs were like “sitting ducks the Welsh Government appear not to frown upon shooting at”.

“Given that case rates didn’t fall through the floor when nightclubs were previously closed, and since reopening we haven’t reported any major outbreaks emanating from the club’s activity, [the restriction] is genuinely debatable.”