The Culture Recovery Fund top-up is branded “bizarrely detached from reality” as the sector awaits details of further Covid measures. 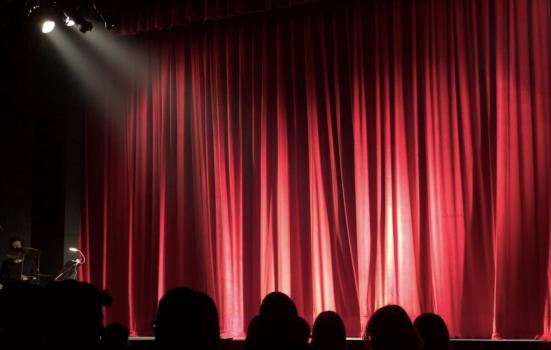 Chancellor Rishi Sunak announced the funding yesterday (21 December), designed to support theatres, museums and other cultural institutions in England until the end of March.

But leading bodies in theatre, music and the performing arts agree support through the CRF does not equate to the emergency funding many arts organisations need to survive the winter.

BECTU Head Philippa Childs said the CRF is not equipped to deal with the rapid response necessary to alleviate the current Covid crisis.

“It is focused on buildings not people, it is too cumbersome and too slow. We need an emergency support package.”

“Too many workplaces and artists in England are ineligible for CRF. Instead of another inadequate, vague, headline deal for bosses and buildings, we need an urgent plan to protect all those working in theatre and entertainment during this critical Christmas season.”

The Music Venue Trust (MVT) noted the omission of grassroot music venues, despite DCMS evidence indicating industry losses will total £22m by the end of January.

“This funding seems bizarrely detached from reality. It is certainly completely inadequate to deal with the scale of the problem.

“We are constantly being told the CRF will save the day. The damage is already done and there is no point pretending otherwise.”

The arts sector is waiting to hear if Covid-related restrictions affecting the industry will be introduced after Christmas.

Prime Minister Boris Johnson confirmed yesterday the Government will “not hesitate” to bring in further restrictions after Christmas if necessary. Ministers are thought to be considering a one month “circuit breaker,” which could include the closure of indoor performance venues, galleries and museums.

England is the only UK nation yet to confirm Covid measures for after Christmas.

Wales will reintroduce the rule of six in cinemas and theatres, alongside two metre social distancing rules, from 26 December, the same day it is set to close nightclubs, something Northern Ireland’s Executive is considering today (22 December).

In Scotland, one-metre social distancing for indoor performances will be reintroduced from December 26. Indoor events will be limited to 200 people seated, or 100 standing, for three weeks.

A Theatres Trust spokesperson said that whilst the advisory board understands the need for additional precautions, capacity limits in Scotland will have a “devastating impact on theatres”.

“It comes at the worst possible time with theatres in the middle of their busy festive season, which generates the income to keep many going through the rest of the year.”

With the arts sector facing postponements, cancellations and potential temporary closures, a cross-section of organisations are calling for more support for artists and freelancers.

The Society of London Theatres, UK Theatres, The Musician’s Union, Equity and MVT have all voiced the need for targeted support to those not eligible for the CRF.