The extra money has been allocated above the programme’s planned budget “in response to the incredibly strong applications received”. 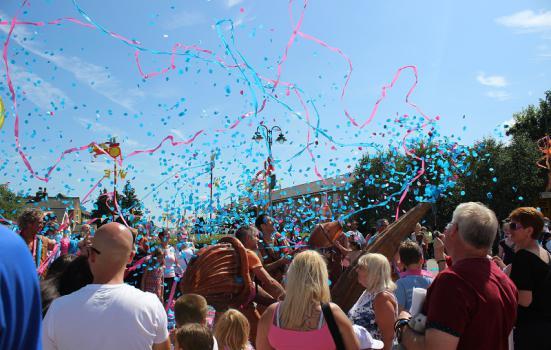 ACE has announced extra funding for its Creative People and Places scheme
Photo:

Arts Council England (ACE) has expanded the current budget for its Creative People and Places (CPP) scheme by more than a third following “incredibly strong” pitches.

The funder has added £5m to its planned £12.5m budget for 2019 to 2023. It will award £17.5m to 12 new placemaking projects led by theatre trusts and volunteering networks, among other organisations.

Nine new partners will now be introduced to the scheme, bringing the total number of projects to 30. In addition, three Midlands-based projects will be managed by existing CPP partners in the region.

Partners in the other new initiatives – four in North England, two in the South East, two in London and one in South West England – include Yorkshire’s Middlesbrough FC, Eastgate Shopping Centre in Basildon and the Bradford Teaching Hospitals NHS Foundation Trust.

ACE drew on a rarely used contingency fund to boost the latest round of CPP funding.

A spokesperson said the budget exists to give ACE “the flexibility to respond to exceptional circumstances” and help meet its strategic priorities: excellence, access, resilience, diversity and working with children and young people.

The size of the budget, agreed upon by ACE’s National Council and Executive Board, “varies year on year depending on available funds and our assessment of need for the year ahead, but is generally around 2% to 4% of our total National Lottery budget”, the spokesperson said. This creates a contingency fund of £5m to £10m every year.

CPP is an ‘action research’ programme that aims to encourage more people to create and participate in local arts and culture, and then share what is learned. So far, 91% of its 1.45 million audience members have come from neighbourhoods with low or medium levels of engagement in the arts.

ACE’s spokesperson added: “The use of National Lottery contingency is on a case by case basis – in this instance the exceptional circumstance was the high number of brilliant applications received, which we strongly felt would help us achieve the overall ambitions of the Creative People and Places programme and have significantly positive impact.”

ACE has also awarded a separate £287,000 grant to an established CPP partner to evaluate the scheme’s successes and shortcomings and share that knowledge with the wider sector.

A three-year evaluation of the scheme completed in 2017 was overwhelmingly positive, noting that its participatory approach to culture and creativity is working “and could be a model for the future of arts engagement, one that is more democratic and that challenges traditional models”.

It raised concerns, however, that CPP projects must build sufficient local capacity for community-led arts to thrive: “There has been common agreement among interviewees that the picture is mixed in terms of CPPs’ level of ambition and aspiration and it is still too early to say whether even examples that have been highlighted as excellent are going to continue beyond the period of Arts Council England funding.”

Laura Dyer, ACE’s Deputy CEO of Places and Engagement, said that CPP is a “hugely important part” of how the funder creates opportunities for citizens to engage with culture.

The programme’s expansion will give more people “the chance to create and experience arts ands culture activity relevant to them”, she added.