Creative People and Places attracts over one million engagements

The programme is successfully engaging people in areas of low arts participation, although this has not yet led to an increase in Grants for the Arts awards, researchers have found. 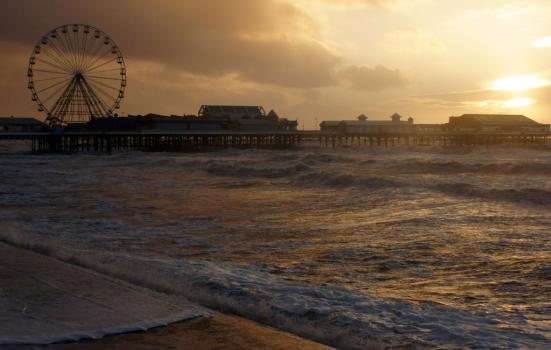 Blackpool, home to a Creative People and Places Project

Over one million people engaged with the Creative People and Places (CPP) programme as visitors or audience members during its first two years, according to its second annual evaluation.

It found the £37m Arts Council England (ACE) programme, which funds activities in areas of low arts participation, has resulted in more engagement with and understanding of the arts.

It says the delivery of activities “appears to be on track”, crediting the range of methods used to create art and the high quality of the activities for the increase in reach.

The evaluation, carried out by Ecorys, covers the period up to January 2016 and is built on a series of progress reports, interviews and case studies.

Although the second-year evaluation follows a drastic slash in funding for CPP projects, from £15.9m in 2012 to £5.2m in 2015, it labels the programme a “catalyst for creativity”.

CPP has seen progress towards its short- and medium-term outcomes, such as sustained and informed arts participation, and some additional “unexpected outcomes”, such as the rise of co-commissioning models.

The report links its findings with research by the Audience Agency, which found that 90% of participants were from medium to lower engagement groups, and adds that the programme has empowered some locations to say arts and culture are now central to their offering.

In addition, the majority of places have not yet achieved the short-term outcome of increasing revenue for the arts.

There are also examples of projects which exhibited ‘internationally recognised’ art but failed to attract the expected audiences, and a recognition that CPP could do more to engage with existing arts providers.

A third annual evaluation of the scheme will be published in January 2017.