Fifty-four priority areas for investment have high rates of deprivation and low cultural engagement, but some of the lowest funded regions have missed out. 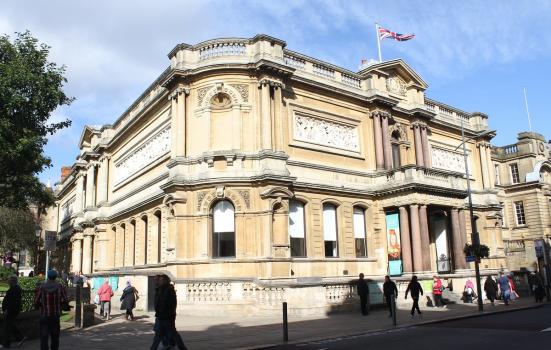 The art gallery in Wolverhampton, which is one of ACE's priority places
Photo:

Just three out of 54 "priority places" for cultural investment rank in the lowest decile for arts funding.

Arts Council England (ACE) announced the regions and boroughs that will get preferential treatment as part of a three-year delivery plan for its strategy, Let's Create.

Places were weighted based on their past funding, indexes of deprivation and levels of cultural engagement to determine need and opportunity scores before "balancing" criteria such as location, ethnic breakdown and propotion of children and young people were applied.

Just a few that received the lowest annual funding from ACE since 2017 were selected for prioritisation. Whilst Rushmoor - the second-lowest funded region at £1.17 per-person - made the cut, other places in the lowest funding decile like Tamworth, Castle Point and Braintree did not.

A 'low opportunity' rating made places ineligible for the priority list. Places like Hyndburn, North Norfolk, and UK City of Culture 2025 contender Torbay exhibited 'high need' but 'low opportunity' for further development, arguably as a result of historic underinvestment.

Out of the 319 places considered, 71 were rated both 'high need' and 'high opportunity'.

North Warwickshire, for example, was rated as having high need and high opportunity, having received an average of £1.82 per-person, per year.

It was bypassed as a priority place while nearby Dudley and Wolverhampton were selected despite having higher rates of historic funding and cultural engagement.

ACE Chief Executive Darren Henley said the delivery plan will build on a "spirit of imagination and innovation" brought about by the pandemic.

"We’re looking forward to nurturing dynamic new partnerships with local people and organisations in each of these locations."

There is no additional funding to improve the priority places; instead ACE plans to target investment through existing programmes like Creative People and Places and a new £7m Place Partnership fund.

The priority places represent 19% of England's population but recieved just 7.8% of all ACE investment between April 2017 and March 2020.

The funder says it will increase staffing and look to fund new organisations in these areas as it refreshes its national portfolio later this year.

However, priority places are "just one of the ways in which the Arts Council [is] committed to levelling up".

"This announcement does not affect any existing funding agreements," a spokesperson said.

ACE claims not to have 'low priority' places, although its delivery plan notes that areas with a relatively high cultural offer will need to show "tangible evidence of improved collaborative working" to continue receiving funding.

Funding aside, the priority places do exhibit high levels of deprivation and low rates of cultural engagement.

Half of the places rank among the 50 least culturally active areas in England. Six of them - Blackburn with Darwen, Sandwell, Barking and Dagenham, Slough, Walsall and Bolsover - have the lowest rates of cultural engagement, according to the Active Lives survey.

Engagement is low across the country: whilst 43% of residents in the priority places were considered culturally active, the average for England was only 56%.

Priority places are more deprived than most. On averge, 28% of their populations are considered highly deprived - nationally, the average is 16%.

Ethnic diversity is represented across the priority places list, with an average non-white population of 14% compared to the national average of 12%.