Places that have fewer National Portfolio Organisations and less buy-in from local authorities may struggle to access other funding streams, new research indicates. 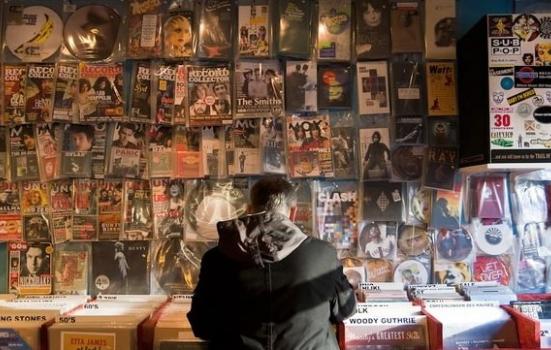 Dr Abi Gilmore, one of the researchers, said there is a correlation between Culture Recovery Fund (CRF) awards and places that have lower levels of deprivation.

"Then, if you look at NPOs, there is a positive correlation between the amount of funding per head that goes into that NPO status, and CRF funding."

Most of the funding received from both programmes ranged between £5 and £150 per resident.

However, English cities outside of London received the greatest awards - £36.59 per capita of average - compared to less than £5.25 per person in small and medium sized towns.

"In some ways it's to be expected," Gilmore said, noting places with a greater arts offering would naturally require more support throughout the pandemic.

But it does indicate that future funding follows existing funding, and raises questions about policy priorities for the third CRF round.

A blog by the researchers says funders should consider how they can close gaps between areas with considerable cultural capital and those without.

"Cultural investment models can no longer be based solely on agglomeration or competition to attract investment that may compound existing inequalities further."

CRF funding was distributed similarly across all three tiers of the Government's 'Levelling Up' priority areas.

Geographic spread and "opening up access and participation in culture" were considered as 'balancing criteria' when awarding the CRF.

However, the Levelling Up fund, which DCMS is not formally involved with, has different priorities, focussing on transport and town centre development alongside improving local cultural assets.

Gilmore said the funding picture is "skewed" towards places that have building-based cultural organisations and buy-in from their local authorities.

"It begs the question about what happens to places where they don't have building-based [arts] spaces or NPOs.

"If they don't have that buy in or the people lobbying for them, then those are the places that are less likely to see culture being part of Levelling Up applications."

More than half of CRF funding went to organisations outside Arts Council England's National Portfolio.

Gilmore noted the CRF had opened more parts of the sector up to public funding: "Smaller venues like comedy clubs are learning to become part of the establishment."

In Liverpool, which has significant institutional and grassroots arts activity, only third of emergency arts funding went to NPOs.

In Peterborough, where there is just one NPO (Pop Up Projects), all the funding went to non-NPOs.

"The broader point is that places that have some level of Arts Council funding will have probably done better," Gilmore commented.

She and her colleagues questioned whether this could mean less access to everyday, grassroots culture when emergency funding streams dry up.

A lot local authorities lack the "capacity or confidence" to write their own bids and may struggle to lobby for arts funding that isn't directed to anchor institutions, Gilmore said.

"It's a concern.. if local authorities haven't demonstrated success in the past how they're going to do that.

"What happens is you end up being supported by consultants who are brought in and the strategy of how to build capacity disappears when they are no longer working for you."

She said "one could speculate" about how effective building-based venues and their business models will be at driving economic regeneration and broadening access in the future.