The proportion of students studying drama, music and dance is consistently lower for children from backgrounds of high deprivation than their more well off peers, according to new figures. 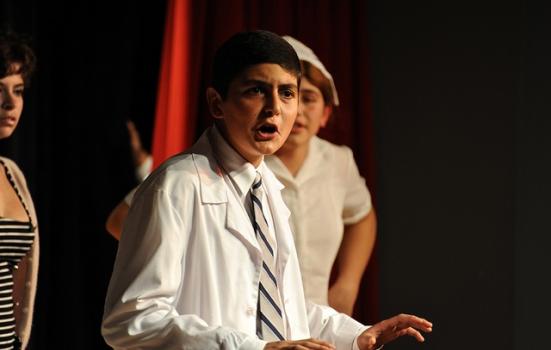 The wealthier a child’s parents, the more likely they are to take arts subjects at GCSE, according to new figures  released by examining body Cambridge Assessment, which reveal that 10% of students in areas of high deprivation chose drama at GCSE, compared to 12% in areas of medium deprivation and over 13% in areas of low deprivation. Similar figures show that the distinction is just as relevant for music and dance take-up: 9% of well-off students chose music, compared to just under 5% of students from poorer families, with the equivalent figures for dance being 2.6% and 1.6% respectively.

The figures are based on GCSE enrolments from 2010-2014. Deprivation is measured using the ‘Income Deprivation Affecting Children Index’, which documents the proportion of children in small geographical areas who live in families that are income deprived. The pattern of arts take-up is also reflected in school types: the take-up of GCSE music is 7% in Academies and 6.7% in comprehensive schools, compared to 11.5% in Grammar schools and 10.4% in Independent schools.

In other areas of the arts there is less variation in the figures. The average proportion of students from the wealthiest areas taking Art and Design GCSE was 13.8%, compared to 13.9% among the least well off. Similarly, 2% in high income areas chose photography, compared to 1.9% in the most deprived areas.

For the Incorporated Society of Musicians (ISM), the findings are further evidence that the logic for the English Baccalaureate espoused by Secretary of State for Education Nicky Morgan - that deprived students need the security of the EBacc, because schools usually encourage them to take ‘easier’ and ‘less rigorous’ subjects such as the arts -  is deeply flawed. In response, the ISM has once again stepped up its ‘Bacc for the Future’ campaign.

Deborah Annetts, ISM’s Chief Executive, said: “The ISM is deeply concerned by proposals to make the EBacc compulsory. Given the Government’s commitment to music education, and recognition of the importance of the UK’s music profession and wider creative industries to the UK economy, it would seem inconsistent to risk forcing creative education out of schools.”

Tuesday, 02 March 2021
A cultural recovery plan for Brighton & Hove has been created by local cultural organisations and industry professionals. Launched in response to the social and economic impact of Covid-19, the... read more