Saying that the funding imbalance between London and the regions “must be urgently rectified”, a new inquiry has been launched in a move to rebalance the UK’s cultural capital. 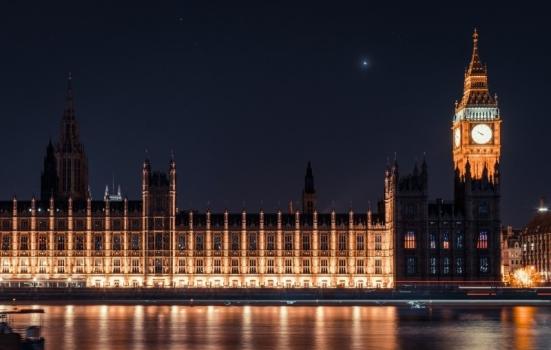 An inquiry questioning how “to preserve and promote the UK’s cultural wealth” has been launched by Parliament’s Culture, Media and Sport Committee.

The Countries of Culture Inquiry is to take forward some issues arising from the report of a previous inquiry into the work of Arts Council England (ACE), which found that “London has long received a disproportionate share of arts funding”.

Background information supporting the new inquiry states that this funding imbalance has been “at the expense of tax payers and lottery players in other parts of the country” and “must be urgently rectified”.

The inquiry is calling for submissions in the following areas until 22 April:

Jesse Norman, Chair of the Culture, Media and Sport Committee, said: "The UK has huge cultural and artistic riches in its regions and nations, including galleries, museums, music, theatre and festivals.

“This inquiry will look at how best to preserve and enhance those resources, especially in the face of continuing budget pressures; at the impact of festivals and events in cultural regeneration; at enhanced linkages between national and regional institutions; and at new ways in which culture and the arts can be used to develop and revitalise communities."

Christopher Gordon, one of the authors of the RoCC report – the catalyst of recent debate about regional funding for culture – sees the new inquiry as having to re-visit familiar ground. He told AP that he hoped the new inquiry would seriously consider devolution of Lottery funds to the changing regional and sub-regional contexts, and observe what the Lottery Directions set out:

“With the delayed government White Paper, Arts Council England proposing changes to funding structures from 2018, the nationalisation of schools and massive ad hoc structural changes being made to local government on the hoof, MPs have an important opportunity once again to emphasise the need for coherent and rational policy, including the role, Directions and supervision of the Lottery and devolving aspects of it within this transforming landscape.

“What is required are clear, coherent and fair policies, urgent and sustained action and rigorous supervision by accountable ministers.”

If the conclusions from the Countries of Culture Inquiry are to be fed into the upcoming Culture White Paper, originally due to be published in late 2015 or early 2016, the release of the Paper may be pushed back until the autumn.

A spokesperson from the Culture, Media and Sport Committee said of the new inquiry: “There is no date yet for publication of the report: we are just gathering written evidence, will take oral evidence at six or more sessions, starting at the end of April/beginning of May, and the Committee may make several visits.

"My best guess is that there will be a report in the autumn, though it is just possible that it may appear in July.”

DCMS Permanent Secretary Sue Owen, speaking before the Culture, Media and Sport Committee, recognised that there may be a delay in publication.

She said that whilst the department is “making very good progress” on the White Paper, the requirements of purdah - the period before a local / national election or a referendum in which government departments are prevented from publishing anything that could influence voters - mean that “there are very limited windows” for early publication.

She added that the White Paper does not “have an actual date at present”.