The need to correct the geographic imbalance in England’s arts funding has been proven and it’s time for Arts Council England to “Just do it!”, say the authors of the RoCC report, in their final assessment of regional arts funding. 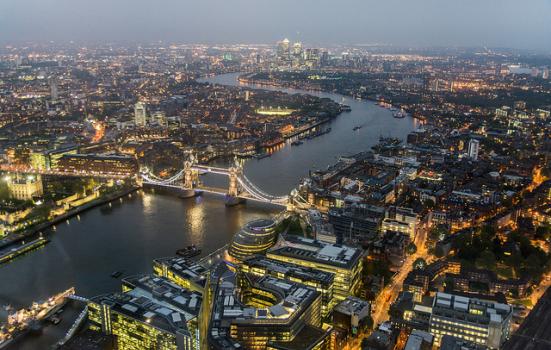 It is “perfectly possible to achieve a ‘fair share’ [of arts funding] for London alongside ‘no cuts’ to London” conclude GPS Culture in a summary report drawing to a close their 16-month programme of research into the distribution of arts funding in England. Authors Christopher Gordon, David Powell and Peter Stark, the team that in 2013 first drew the geographic imbalance in England’s arts and culture funding to wider attention in the report ‘Rebalancing our Cultural Capital’ (RoCC), have re-issued their call for fairer funding for the arts outside London. They endorse the view of the recent Select Committee report on the work of Arts Council England which concluded that a “clear funding imbalance in favour of London must be rectified” and that this could be achieved “without threatening London’s world status as a cultural centre”.

This final report marks the 50th anniversary this month of the publication of former Arts Minister Jennie Lee’s White Paper, ‘A Policy for the Arts: The First Steps’, which proposed the refocusing of arts policy on capital and institutional infrastructure in the regions outside London, in partnership with local government, the universities, the business sector and trade unions. In the GPS Culture report, as well as demanding that Arts Council England should “Just do it! Begin rebalancing the national arts economy now”, the authors put forward a series of recommendations drawn from their earlier papers, including a call for a research exercise to underpin the development of a new National Policy for the Arts and Culture – one of the proposals of the Select Committee.

In developing such a policy, more and better consideration should be given, they say, to the role of local collaborative structures and cultural infrastructure which connects with education, healthcare, the voluntary and community sector, and local government. Equally, they say that a better understanding of the role of the artist, and an acknowledgement of the barriers to working as an artist, should feed into a new policy. Other recommendations are for the role of the so-called ‘national’ institutions to be re-considered; for London to contribute more to its own cultural infrastructure, with a “cultural compact to be negotiated between England and its capital city”; and for the arguments supporting subsidy of free admission to the National Galleries and Museums in London to be re-examined.

Commenting on their research findings, the authors told AP: “It’s time that those who share a belief in a fairer, more honest, and more effective cultural policy for England come forward, speak out loud and refuse any longer to accept that ‘it can’t be done’. Change in national policy has to happen and it can happen now, fifty years on from the last democratically driven effort. New policy and programmes can be framed to invest in the broadest possible participative base and in extraordinary creative talent as it emerges – from wherever in the country and from whatever social or cultural backgrounds. This new emphasis can complement and will underpin continued substantial investment in the work of artists and in the national cultural infrastructure in London and in the regions, seeking to achieve excellence and benchmarked against the highest international standards.”

I completely agree with all 3 reports and the select committee. The problem of speaking up loudly is that if you are based north of Watford you are scrambling for the cash crumbs - vital crumbs. Any shouting will be noticed by ACE and how funny it is how your next G4A application or partnership application does then not get funded. My main gripe however is the National theatre. IT IS NOT NATIONAL. Your access to tickets is limited unless you pay to be a member. If you live outside London you can’t take advantage of the tickets available from 10.00 am - as the train ticket to get there is over £100 - and worst of all the National 'powers that be' seem to think us in the regions should be happy with a film and not the real thing. If the National was based in Leeds and Londoners could only see films of plays there would an outcry from the political and influential elite – but as we don’t have that influence we are forced to put up with it. Our only recourse is not to buy a ticket to the films. I for one am fed up of arts cash being used to boost London again. But how do you make a stand if you know a vital part of your livelihood will be cut off. The Arts are often perceived a leftie and socialist filled area. Anyone working in it will tell you otherwise. Funded arts is for there for the elites and where are they based - London