New parliamentary group to support diversity in the arts

The Creative Diversity APPG is chaired by former Arts Minister Ed Vaizey and its Vice Chairs include Tracy Brabin MP, who has been heavily involved in campaigns to support parents in the arts. 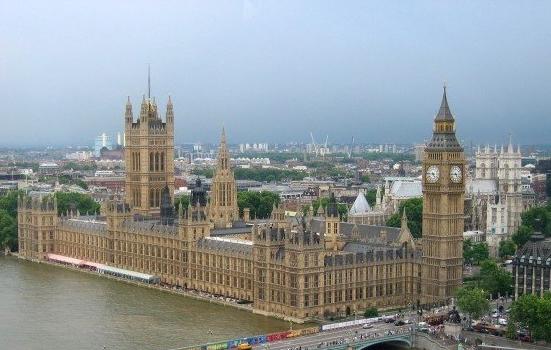 A new cross-party group of MPs has been established to support diversity in the arts.

The Creative Diversity All Party Parliamentary Group (APPG), chaired by former Arts Minister Ed Vaizey, is made up of MPs from across the political spectrum. It aims to engage with Government and industry to “identify and tackle obstacles to diversity in the creative sector”.

The announcement follows repeated reports of the lack of diversity in the creative sector in London and across the arts more generally, with just 5% of the workforce in England’s core-funded organisations identifying as disabled, despite making up 20% of the working age population.

There are currently around 700 APPGs in Parliament, each of which must hold at least two meetings a year. The groups are considered an effective way of bringing together politicians with different political views to discuss particular issues.

The Creative Diversity group’s decision to appoint Vaizey as Chair reflects the MP’s continued connection to the arts despite losing his ministerial position in 2016. He sends a weekly arts news roundup and has worked with another APPG on the “class ceiling” in the arts.

Numerous Vice Chairs have also been selected to help lead the group. These include Labour MP and former actor Tracy Brabin, who has been deeply involved in campaigns to highlight the challenges facing parents working in the arts. The MP recently presented research by PiPA, the Parents in Performing Arts Campaign, which uncovered a £3k-per-year “career penalty” for people looking after children or other dependents whilst working in the sector.

Sharon Hodgson, Chair of the APPG for Art, Craft and Design in Education, has also joined the new group as a Vice Chair. Hodgson is one of the driving forces behind the Cultural Inclusion Manifesto, which aims to make the arts and education more inclusive for people with disabilities.

Alex Pleasants, Editor of Vaizey’s arts newsletter, and Jonna Abeyie, CEO of Inclusive Executive Search Business, have been enlisted as the group’s support.

The new group has met with sustained support on Twitter. Academic Dave O’Brien wrote that the APPG “could be a great initiative from MPs” and was “well worth watching”.

Chair of the Campaign for Broadcasting Equality Simon Albury described the group as a “wonderful development”.

The charity Create described the APPG as a “great initiative” to get “everyone talking about the importance of diversity in the creative sector”.

Pat Younge, co-founder of Sugar Films – a production company for UK and international broadcasters which aims to “redefine the notion of diversity” – said the developments were “long overdue” and a “welcome addition to the effort to improve diversity in our industry”.

The APPG plans to announce an official launch date in the coming days via Twitter.