The proportion of ‘unknown’ data on ethnicity at large organisations has rocketed up, raising serious questions about the quality of data. 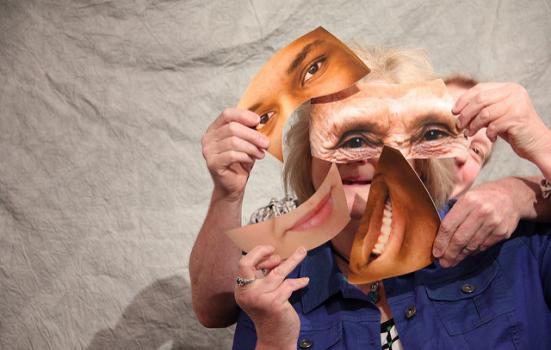 Spiva Arts on VisualHunt.com / CC BY

People who identify as BME and disabled remain under-represented in the largest core-funded arts organisations in the country, despite four years of being required to publish diversity data, a new report from Arts Council England (ACE) reveals.

The national funder says the core-funded arts sector is still “treading water” on diversity, and has reiterated concerns expressed in previous years about the quality of the data submitted by NPOs – saying levels of ‘unknown’ responses, which have hit record levels for the largest arts organisations, are too high and will require explanation.

The data also reveals that:

The report says organisations are “proving their commitment” to diversity, because the proportion with a positive Creative Case diversity rating had increased from 33% in 2015/16 to 51% in 2017/18.

The ratings – based on an NPO’s artistic output, with a score ranging from ‘Not Met’, ‘Met’, ‘Strong’ and ‘Outstanding’ – will be published on an individual basis for all NPOs from next year.

Similarly, ACE said it would in future provide more data on the workforce diversity of staff across artistic disciplines.

The data report also includes breakdowns for age, sexuality, gender, disability and ethnicity at NPOs with more than 50 staff in 2016/17, revealing a dramatic increase in the amount of ‘unknown’ responses submitted for ethnicity and disability.

This makes meaningful comparisons with previous years or other organisations impossible. Leeds Playhouse recorded that 18% of its workforce was White or White Other, and 2% BME.

Explaining the dramatic decline in data quality, a spokesperson for the Playhouse said the issue was “procedural” as the staff member who coordinated the data was off for a large chunk of the relevant year – adding that over 75% of staff had engaged with the process in 2017/18, with 12% identifying as non-White British.

Brighton Dome and Soho Theatre said a shift to using self-completed staff questionnaires instead of personnel records to report data to ACE had caused the decline in data quality – noting that records for staff who choose not to fill in data were included as ‘unknown’.

Two organisations -- Tyneside Cinema and the University of Oxford Museums – provided none of the required data on the ethnicity of their staff for 2016/17 and 2015/16.

A spokesperson for Oxford Museums told AP that the situation was “very frustrating”, as internal university policies on data protection had prevented it from releasing the expected level of information to ACE. 8% of staff from the institution’s four museums were from BME backgrounds, they said.

Tyneside Cinema told AP that while it does collect diversity data – having reported 100% of diversity data in 2013/14 and 2014/15 – its collection methods stopped being compatible with ACE requirements in 2015/16, and the problem was not fixed until the 2017/18 annual data submission.

ACE has spent years saying it is “disappointed” by the quality of data supplied by NPOs, and that it would “push hard” against those not providing information. The funder returns to similar sentiments in this report, saying it would “pressure” organisations with consistent high levels of ‘unknown’ reports and “remind them of their obligations under funding agreements”.

An ACE spokesperson stressed the national funder was only able to report information provided to it by organisations through the annual survey and said achieving good quality data sets “isn’t always an easy or straightforward process”.

ACE rebuffed suggestions that a lax attitude to enforcement had shown core-funded organisations that they could hide from scrutiny by choosing not to report data, saying there are “no shortcuts” to introducing robust monitoring. It also said it has emphasised the importance of capturing data in letters to Chairs and Chief Executives of organisations that “regularly submit high levels of ‘unknown’ data”.

Academic Eleonora Belfiore told AP that the poor reporting is a “paradoxical effect” of increasing pressures to monitor, audit and measure arts organisations’ activities over the past 20 years, whereby being seen to collect data becomes a proxy for caring about diversity and addressing the lack of it.

“The failure to back up data with any real progress towards meeting diversity or inclusion targets has resulted in no obvious penalties for those in receipt of funding, meaning that there is a massive disincentive for arts organisations to judiciously collect data that they suspect might paint an embarrassing picture of their organisations,” she said.

This info on this article is no surprise, myself and Several of my recent postgraduate contemporaries, of which are either LGBT or BME or POC and disabled, and find we are all struggling to get into the arts in any form of work. several times i have ticked the part on applications that say guaranteed interview for disabled and yet still did not get an interview? this is still a patriarchal, biased industry and does not reflect the true grass roots of the arts.