Parents and carers in the arts face £3,000-a-year ‘career penalty’

A new survey finds that 43% of women with caring responsibilities would increase their working hours if “adequate” childcare was available. 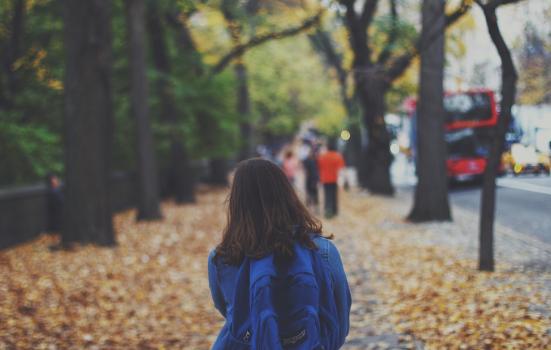 Looking after children or other dependents while working in the arts leads to a £3k-per-year “career penalty”, new research claims.

Freelance workers are found to be particularly vulnerable, as their low earnings do not cover unexpected expenses, and a significantly higher proportion of women than men were found to have changed roles because of caring responsibilities.

The conclusions emerge from a survey of 2,500 artists across dance, music and theatre conducted by campaign group Parents in Performing Arts (PIPA), which has long advocated for equal working opportunities for those with and without caring responsibilities.

The headline findings of PIPA’s survey on the work-life balance of people in the performing arts were presented this week at a parliamentary event hosted by the Labour MP Tracy Brabin. They reveal that:

The survey is the latest in a long line of work by PIPA to highlight challenges for arts professionals with caring responsibilities. A report last year found that over two-thirds of people in the arts agreed that men and women are treated differently by the organisation they work for after becoming a parent.

It also found that people with caring responsibilities had anxiety about leaving work at unusual times, and that both employed and self-employed people in the arts were frequently faced with last-minute work commitments.

PIPA has therefore called for more flexible working patterns and improvements to current childcare provisions, including job sharing strategies that could help sustain the career development of part-time workers.

Towards the end of last year, 25 theatres across the UK began trialling a new employment charter drawn up by PIPA, which included measures such as truncated rehearsal schedules, free creche provision during auditions and breast-feeding facilities.

Organisations that sign up to the Charter – and commit to setting targets and producing an action plan to force change – are awarded a kite mark to highlight their involvement in the campaign.

In response to the latest findings, PIPA recommends changes to equal opportunities monitoring to include carers and parents.

It says that organisations need to review their working practices, in line with the PIPA Charter, to adopt a flexible approach to recruitment, management and development for all staff, including both freelance and employed workers.

PIPA also recommends that employers and industry bodies collaborate with it on setting up career development opportunities for carers and parents returning to work.

“This is a great opportunity to reflect as an industry and investigate more supportive working practices, inclusive of carers and parents, whether they are single parents or caring for sick or elderly relatives,” said Cassie Raine, Co-Founder of PIPA.

“No matter where you start off in life or what happens on the way, as an industry we have to show that we are invested in workforce wellbeing and value their ability to maintain a work-life balance.”

Andrew Hurst, Chief Executive of One Dance UK, said: “We welcome this opportunity to reflect and further interrogate how we can do more to support those with caring responsibilities and ensure our talented workforce is able to thrive at every stage of their career.”

Claire Gevaux, Director of Programme at Help Musicians UK, said her organisation was “delighted” to support the research. “The findings indicate parents and carers experience clear obstacles to career progression, the largely freelance workforce need support and infrastructure as well as equal career opportunities,” she added.

“It is clear that carers contribute to a rich and diverse talent pool, so supporting their working conditions and keeping them in the sector will help to future-proof the success of the music industry.”