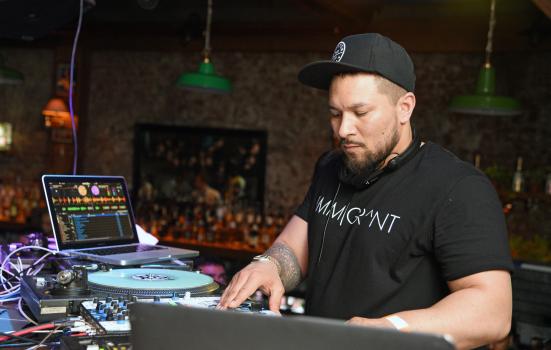 The increase to National Insurance will be "deeply damaging" to some self employed creatives, experts say.

Self-employed limited company directors face a "double whammy" - a 1.25% higher rate as an employer and 1.25% on their profits - that could hamper the sector's ability to recover and innovate.

Up to a third of the creative industries workforce is freelance. Eligibility criteria for the SEISS meant thousands have missed out on crucial support.

Andy Chamberlain, Policy Director for the Association of Independent Professionals and the Self Employed said the tax hike on dividends will make it "almost impossible" to work through a limited company.

"While social care is of course crucial for the country, after the financial devastation of the pandemic, it is simply not right that hard-working and often struggling people – particularly the scarred self-employed sector – should be paying for it.

Shuang Man, Head of Operations at accountants Ward Williams Creative, offers an alternative view, saying the increase has been designed to apply to everyone equally.

"This increase is actually quite universal - regardless of which industry they're working for, regardless of whether they're self employed or freelance, everyone is going to suffer."

Man did not think the greater tax burden would limit the sector's recovery: "Yes, it's extra for the employer but if you're growing, you have to hire people."

When the pandemic hit, music booker Jack Hepplewhite was reduced from working for four venues to one.

The venue put him on PAYE and furlough - it was a lifesaver, but it meant Hepplewhite was ineligible for SEISS and only earning 20% of his usual income.

Rejected for three separate Arts Council England grants, he used a council grant to pay down some of the debt his family of four accrued over the past 18 months.

With Universal Credit about to be cut too, Hepplewhite said the National Insurance increase represents "another uphill battle".

"It's either callous or it's just bonkers," he told ArtsProfessional.

"They're heaping huge pressure on workers and people who haven't got the money to spare and expecting us to kickstart this recovery for the UK."

Whilst job offers are trickling in, Hepplewhite said he doesn't expect to work full time before March.

"I'm being offered some opportunities for November but is that going to happen? And if it does, who's going to come if the [Covid] rates are going up?"

Research by the Creative Industries Federation last year revealed freelancers' incomes range between £18,000 to more than £100,000 per year. However industries such as advertising were more lucrative (£30,000 to £50,000 per year) than craft, design or publishing, where people earned less than the National Living Wage.

Many freelancers have been living out of savings and shouldn't be expected to finance the National Insurance increase, the group says.

They say Chancellor Rishi Sunak is working against his goal of creating "a nation of entrepreneurs".

"We already are a nation of entrepreneurs, but thousands of them have been brought to their knees financially.

"Time and time again, policy decisions show us that The Treasury is only interested in big business, but when there is a shortfall to be met, the ordinary working person must find the money to bolster the empty coffers. This is a bitter pill to swallow."