A year's worth of income support payments for arts sector freelancers would cost an estimated £880m – less than 1% of the subsidy bill to date. 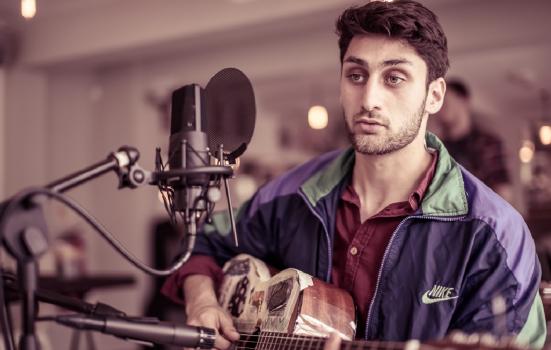 Self-employed workers cut off from Government income subsidies could "easily be supported at modest cost".

The statement from the Institute for Fiscal Studies (IFS) arises from its projection that extending the Self-Employment Income Support Scheme (SEISS) to another 1.3 million people would cost a fraction of what the Government has already paid out to self-employed and furloughed workers.

Fully supporting the former group and providing a "tapered" form of support to the latter would likely cost about £1bn per quarter, the IFS says. That's just 1% of the total cost of the SEISS and Coronavirus Job Retention Scheme to date.

Government figures show 88,000 arts, entertainment and recreation workers were deemed ineligible for the second round of SEISS payments in September.

Given the average stipend is £2500, this means the arts sector's long-suffering freelance workforce could be granted a critical lifeline for an estimated £220m per quarter.

A year's worth of income support for excluded creative freelancers would cost less than 1% of what's been spent on all UK workers so far.

Equity General Secretary Paul Fleming said "the IFS figures show what Equity has said all along – that more meaningful freelance support comes at a tiny cost to the government, and enormous benefit in the long term.

"After decades of government policy intending to increase freelance work in arts and entertainment, for good and for ill, they are sleepwalking into decimating the skilled workforce at the heart of a sector worth as much to the UK economy as banking."

The IFS appears to sympathise with Fleming's frustration, saying there are "clear injustices" in the hard cut offs for support and calling the SEISS exclusions arbitrary.

It said it was unfair to deny payment to those earning more than £50,000 – "someone with an income of £49,999 can claim the maximum available whole someone with £50,001 can claim nothing" – as well as those earning 51% of income from self employment.

Among those who earn less than 50% of their income from self-employment, more than half live on less than £25,000 per year. This likely includes many creative freelancers: advocacy group Freelancers Make Theatre Work report that the average income of a theatre freelancer is £23,442.

Targeting support at this lower earning group would especially help women, who disproportionately earn less from freelancing, the IFS said.

"We estimate that extending SEISS to them [lower income earners] would be relatively cheap in comparison to other spending on government support schemes."

Fleming and Equity President Maureen Beattie said 59% of its members that received SEISS were struggling to meet their basic costs. 23% of members had taken on debt since March.

In an open letter on Monday, they called for Chancellor Rishi Sunak to widen the SEISS to include excluded groups and new entrants with a 2019/20 tax return.

They also asked for urgent details of the next SEISS grant due to kick in next month.

The impact of such an extension on the sector, while hard to exactly quantify, would be massive.

Freelancers Make Theatre Work estimates between 65,000 and 70,000 theatre freelancers have missed out on income support.

Equity alone says 40% of its membership – up to 20,000 people – are not eligible for the SEISS or furlough. UK Music was not able to supply numbers for its membership.

On average, two thirds of self-employed UK workers have been eligible for the subsidy.

However, nearly half (47%) of arts, entertainment and recreation freelancers were deemed ineligible in September, according to government figures.

IFS Research Economist Isaac Delestre said not all of the extra SEISS money would be targeted towards those in need, "but much of it would".

"Indeed, there is no reason to believe it would be much less well targeted than the current SEISS which has, remarkably, been taken up by more than three quarters of the potentially eligible population."