New tax rules could cause cashflow woes for freelancers

The proposed changes would mean increased admin for the self-employed and a supersized tax bill in 2023. 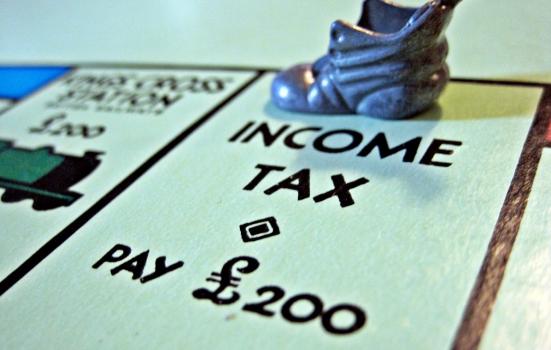 Freelancers may have to pay double the tax in 2023 - a tall order for artists
Photo:

HMRC wants to institute quarterly payments for sole traders and the self-employed, up from twice a year, as part of its efforts to digitise the tax system.

Arts freelancers could experience cashflow problems if the new tax regime is introduced.

Currently, there is a 15-month delay between the end of the financial tax year and when payments are due. A planned transition to current year basis in 2022/23 means freelancers could pay up to two years' tax at once.

HMRC, which is running a consultation until the end of the month, has proposed allowing the extra tax to be spread over five years.

"Otherwise people are going to have to pay it from their profits," Katharine Arthur, a partner at accountants haysmacintyre, says.

"In the arts sector, it's difficult to contemplate paying extra tax at this stage when they're just trying to get back to it.

"Hopefully by 2023 the whole sector will be in a happier place, but if people haven't had a nice time over the past 18 months, that would be a worry."

Recent research by the Association of Independent Professionals and the Self-Employed (IPSE) found two-thirds of freelancers are opposed to the in-year approach (the survey was not specific to the cultural sector).

"Freelancers think this would be much more hassle than it's worth and could even leave many out of pocket," Policy Director Andy Chamberlain said.

While the switch won't affect how much tax is paid in total, there are two big liabilities: the supersized 2022/23 return and the cost and time involved in producing quarterly reports.

Nearly three-quarters of freelancers in IPSE's survey said they would struggle with the administrative burden of more frequent payments.

Two in five said the change would be a problem for cashflow.

"The biggest worry across the board is admin burden," Chamberlain said.

"This is, quite simply, time when they [freelancers] could be making money."

"When you get a receipt you need to make a digital record, rather than just putting it in a drawer," Arthur added.

Freelancers can potentially lessen the tax burden by changing the end of their tax year from March/April to later in the year.

Having your tax payable in September, for example, would mean a bill on 18 months' profits rather than 24. Overlap relief may also apply in some cases, essentially removing the requirement to pay.

While it is not difficult to change your payment date, "any time you change, you change the number of months in a tax year", Arthur said.

She said the new regime will likely be helpful and reduce the number of tax errors made - "once we get into the swing of things".

"In 2022/23, it does seem entirely reasonable to have records digitally rather than crumpled up bits of paper.