Museums and galleries are missing out on money due to complexity and lack of awareness of government tax relief scheme. 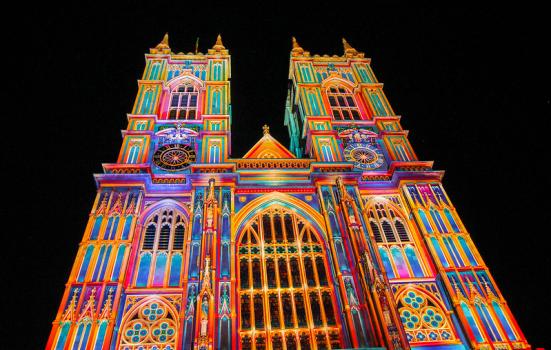 Westminster Abbey was illuminated as part of the Lumiere London Light Show 2018
Photo:

A significant lack of awareness and a complex application process is hampering a government initiative to support museums and galleries, a study has found.

A study by Ipsos into the Museums and Galleries Tax Relief (MGTR) scheme found that many eligible organisations are not aware of it, and others find the process too complex to pursue.

The study involved 35 in-depth interviews with organisations that met the eligibility criteria for MGTR.

It found the scheme was "hugely beneficial" for organisations that have claimed it, enabling them to increase the number of exhibitions, improve the quality and accessibility of the exhibitions and increase touring.

"Moreover, it has had an impact at an organisational level, enabling future investments including upgrading infrastructure, hiring and retaining more staff and accessing other opportunities for funding," the report states.

"It has also enabled development of community engagement. It is valuable as one of very few sources of unrestricted income, enabling claimants a greater degree of financial freedom.

"There is evidence of substantial potential for impacts across the sector and beyond, including for local communities."

The MGTR became available on 1 April 2017, allowing eligible museums and galleries to claim back a percentage of their production costs.

However, participants perceived that take up of the relief "had been slow".

"Those non-claimants who were unaware of the tax relief or that they were eligible to claim wanted simple information about eligibility and what they need to do to make a claim," it states.

"The most important element for any communication was that it must be immediately clear who the relief was for, otherwise it would likely be overlooked."

Participants felt the scheme would be improved by removing some of the restrictions on eligible exhibitions, to "reflect the diverse and shifting nature of the exhibitions sector".

"This would make the process more straightforward and allow more exhibitions to benefit, particularly those using innovative and unusual methods," the report states.

"Simplifying the process was felt to be of vital importance to increase accessibility for those organisations without the financial wherewithal to navigate the claim."

Neil Goulder, Director of Finance and Operations at Artichoke Trust, said that his organisation was successfully able to argue to HMRC that installations in different locations of Durham and London as part of its Luminere light festival were separate entities for tax purposes.

"If you don't have the expertise to understand it there are some help sheets that Arts Council England and some of the accountancy firms have provided that explain broadly how the relief works," Goulder said.

"Obviously the moment you dump a bucketload of data on an accountancy firm it will cost you to have them sort it out and do all the negotiations on your behalf, but we did it all in house.

"We keep meticulous records and the entire accounting system is designed to allow you to book costs, not just to a cost centre and a project, but also for projects where we have multiple installations. So the system will generate a cost summary for each of those installations, which is what I need to make the MPGR claim."

Alistair Brown, policy manager at the Museums Association said that awareness of the scheme has been increasing since it was introduced.

"Large organisations often had the resources to be able to take it up whereas smaller organisations perhaps haven't had that resource and there hasn't necessarily been that expertise even in the tax advice sector due to this being a very new thing.

"My experience of the museums sector is that it take a while for new policies to bed in and for people to understand what is available. My sense is that there has been significant growth in the use of this scheme and I expect to see that continuing now we are getting back to some sort of normal [after Covid]."

The tax relief available for qualifying companies in the museum and gallery sectors had been due to expire in March this year, but was extended for a further 2 years until 31 March 2024.

HMRC has said it will continue to monitor the scheme with a view to making a long-term decision regarding its future.