About half of institutions surveyed in Yorkshire and Humber were not claiming or planning to make a claim through the Government initiative. 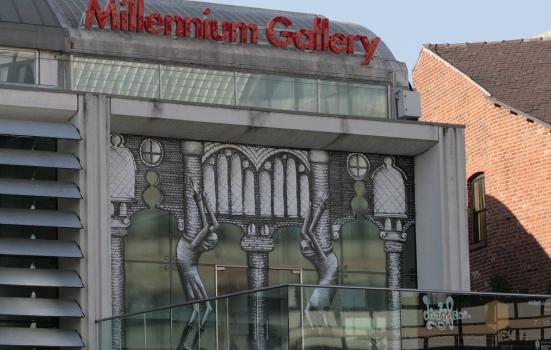 The Millennium Gallery - part of Museums Sheffield, which has benefited from the tax relief scheme
Photo:

KylaBorg on VisualHunt.com / CC BY

A northern arts body is urging smaller museums and galleries to take advantage of Government funding for the production of new exhibitions after research revealed low take-up.

A survey by Yorkshire & Humber Visual Arts Network (YVAN) of 15 organisations in the region found only seven were claiming, or preparing to claim, the Museum and Galleries Exhibition Tax Relief (MGETR). Two institutions were unaware of the scheme.

MGETR allows museums and galleries to recover some of the costs of creating and touring exhibitions.

Adrian Friedli, Programme Director for YVAN, said: “The potential of the scheme is transformative but organisations are reticent in engaging with it because they are not confident that they will get the return to justify it at the moment.”

HMRC creative industries statistics released in August revealed that £4m had been paid to 50 claims, representing 300 exhibitions, since the introduction of MGETR in April 2017. The report noted the “small number of total claims”.

Friedli said: “In the current climate with pressure on funds where there is actually a route being opened up for the sector to access an unrestricted source of new funds then we would want to make sure as much of the sector can benefit from that.”

YVAN’s survey found that smaller organisations are unsure about their eligibly for the scheme, have concerns that it will be difficult to make claims due to limited organisational capacity and are unable to make value-for-money assessments due to a lack of evidence of benefit.

To encourage take-up, YVAN is working on a programme with contemporary visual arts networks (CVANs) in North East and North West England support 10 arts organisations and museums in the North of England to submit an application. HMRC’s creative industries tax policy adviser, HOME in Manchester and Museums Sheffield – which have previously successfully applied to the scheme – are also involved in the project. In most cases, it will be the organisations’ first submission to the scheme.

The pilot, which launched with an introductory workshop in July, is examining what is involved in the process, who in an organisation needs to take action, how much time it takes to complete a submission and the return to an organisation. YVAN will share the results with other CVANs.

The NewBridge Project, a contemporary art centre in Gateshead, is one of the participants in the programme. Its director Rebecca Huggan said the pilot had helped the organisation put together its submission.

She said: “We have now submitted an application to HMRC for £14,455, which if successful would be really fantastic for an organisation the size of NewBridge Project, and it took a lot less energy than writing a funding application.”

Friedli said NewBridge’s experience demonstrated how MGETR “ought to be an important benefit to a significant range of the sector”.

On the back of the programme, YVAN will produce case studies and tips on submitting an application for MGETR. It will also run peer support events in collaboration with CVANs in North East and North West England early next year.