A new international report calls for financial support as the timeline for reopening museums lengthens. 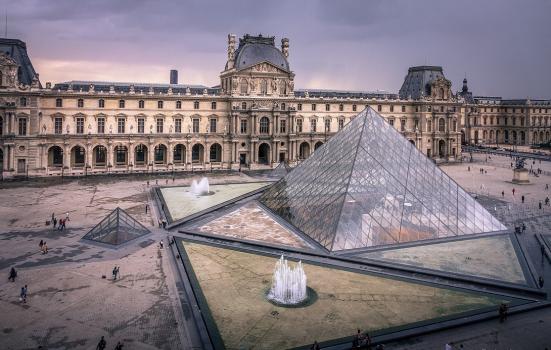 The Louvre experienced a 72% drop in visitors in 2020
Photo:

Museums should be financially supported to stay open to the public during the pandemic, an international network urges.

The recommendation from the Network of European Museum Organisations (NEMO) comes from a 25-page report that includes results from a November survey of 600 museums across 48 countries.

Among the mostly European respondents, 11 UK-based museums answered questions about the impact of Covid-19 on their organisations.

NEMO’s research follows an initial survey published in May last year that found museums worldwide were closing, pausing contracts with freelancers and suspending their volunteer programmes.

Even during the summer, when many museums had reopened after the first lockdown, visitor figures were down substantially.

Recently-released attendance figures for the Louvre confirm the scale of the drop off. The Paris art museum reported a 72% decrease in 2020, welcoming about 2.7 million visitors compared to 9.6 million in 2019.

Of those responding to the NEMO survey, 73% said a lack of global tourism was the main reason for the drop in visitors.

Other reasons included the discontinuation of school programmes, cited by 64%, and restrictions on the number of visitors allowed inside at the same time (53%).

Coaxing visitors back is a major post-pandemic challenge for the sector. Expectations of when figures will return to pre-pandemic levels range from spring 2021 to summer 2022.

Most respondents (45%) predicted recovery would begin between March and September 2021.

In recommending that museums stay open, the report states: “Society needs to collaborate to slow down the pandemic.”

“However, in a persisting situation, where the risk of individual loneliness is increasing substantially, and where public spaces for dialogue and inspiration are reduced to a bare minimum, NEMO recommends to open up and make use of museums’ potential to serve as places where well-being is increased and mental health supported.”

It adds that museums are well-placed to provide a safe environment for visitors and staff due to their “well-developed safety and hygiene protocols, including time-slot entry systems and large spaces that allow for social distancing at all times”.

More than 70% of respondents were closed during the during the survey period without a definite date for reopening.

The drop in visitors has added to the financial strain that museums are experiencing, with six in 10 museums stating that their biggest income loss stems from reduced ticket sales.

But nearly seven in 10 museums are also anticipating budget cuts in the future, adding to the difficulties that lie ahead.

The report states that future financial hardship could lead to museums “having to decrease or abolish their main activities and tasks in service of society, or even facing the threat of permanent closure”.