Museums caught in a race to the bottom

Tate becomes the latest institution to announce redundancies as the sector and its workforce warn of a years-long road to recovery. 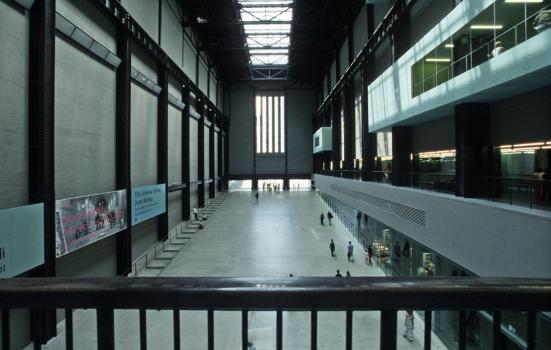 Museums are facing severe and sustained threats to their longevity, with workers and institutions warning measures taken to stem the financial impact of Covid-19 will affect the sector for years to come.

More than 3,800 museum workers have already been made redundant, according to a Museums Association tracker.

Tate has become the latest institution to announce redundancy consultations, joining the ranks of the V&A, National Museums Liverpool and other independent sites.

Tate plans to cut 120 full-time roles - about 12% of its workforce - across galleries in London, Liverpool and St Ives. Staff will be offered voluntary redundancy, early retirement, reduced working hours or career breaks, but the organisation says it "cannot rule out having to move to compulsory redundancy in 2021".

Visitor numbers have fallen from around eight million to just one million, Director Maria Balshaw and Chief Operating Office Vicky Cheetham said in a statement.

"For every £10 we were expecting to make this year, we are only receiving £4, and we expect to lose £56 million in self-generated income overall.

"The road to recovery will be a long one, with tourism not expected to return to previous levels until 2024/25, and the wider economy facing the long-term effects of the pandemic."

Marge Ainsley, Co-Director of advocacy group Museum Freelance, too has warned of the challenges ahead for museum workers, especially the self-employed.

"While freelancing has always been precarious, the scale, severity and sustained nature of the issues faced are extraordinary. The ongoing uncertainty and longevity of this crisis means that the repercussions are likely to endure for months – if not years – to come."

37% plan to start work outside these sectors in the next six months, according to Museum Freelance.

A 300-person survey by the group (respondents also worked in cultural spaces other than museums) illustrated fears about increasing comeptition for a limited number of contracts.

Those who have survived financially so far worried what will happen next year when the crucible of cuts to staffing, budgets, and programmes is fully realised.

Although museums in Tier 1 and 2 locations are gradually reopening, the squeeze becomes tighter the longer institutions stay closed.

V&A, for example, is now open just five days a week, citing a need to cut costs by £10m. With visitor figures down 85%, "we anticipate that our financial recovery will take several years, and are facing the very real prospect that we might never return to the level of visitation and associated income we were able to generate pre-Covid-19," the institution says.

The survey also highlighted concerns about a potential "race to the bottom" attitude about fees.

"Plumbers won't be paid less but I suspect museum boards will expect us to be," one respondent commented.

While freelancers are adapting to the pressures of the pandemic - a third of those surveyed by Museum Freelance had pivoted their business to work online or provide new services - their situtation remains critical.

More than half (52%) were ineligible for the Self-Employment Income Support Scheme (SEISS) and 78% had seen a drop in income between March and October, compared to the same period in 2019.

67% had to find other sources of income ranging from bank loans to mortgage holidays. Of those, 38% used their savings or relied on the income of people they live with. Just 12% had received grants.

Respondents described feeling "utterly abandoned and unsupported" by the institutions they once worked for.

"There has been no official communication from the learning team since a phone call in March cancelling my work," one person commented.

Another said Covid-19 had " highlighted what a vulnerable position freelancers are in especially in this sector".

"Organisations I have worked with for over 15 years have no responsibilities or obligations to support our welfare and wellbeing. Its not space as a working class person can afford to stay in."