Young people in creative occupations are almost 50% more likely to have had a parent working in a professional position while growing up, new research has found. 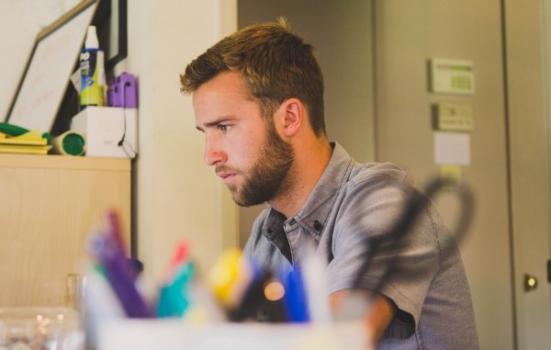 Diversity in the creative industries is threatened by the prevalence of internships, which act as a barrier to social mobility, a new report by the Institute for Public Policy Research (IPPR) has concluded.

It is calling on Government to place limits on employers’ use of unpaid interns.

Analysis of online jobs postings found that the arts, entertainment and recreation sector advertises a disproportionally high number of internships, compared with other sectors.

It also found that young people working in creative professions were more likely to have had a parent working in a professional occupation while growing up, and are less likely to be from an ethnic minority background than the working population as a whole.

“The fact that internships are so prevalent in the creative industries is concerning, because the creative workforce lacks ethnic and socioeconomic diversity, particularly at entry level,” the report says.

“If internships without measures to ensure equal access are common, there is a risk that the diversity of the sector will suffer.”

The report examines the role of internships in the graduate labour market and concludes they have become a “permanent feature” and are now a “must have” for the typical graduate.

The research found the ‘creative industries’ – which includes the information and communication sector, as well as arts, entertainment and recreation – are responsible for 11.4% of all internships, but only 3.7% of job vacancies advertised.

It also found three quarters of all arts and creative industries internships are in the capital, disadvantaging young people without savings or access to free accommodation.

The reliance on unpaid or poorly paid work as a route into a creative career echoes research by the Jerwood Charitable Foundation, which suggested three-quarters of people in the arts volunteer before finding paid work. Of these, 59% were found to have volunteered for at least six months either full-time or part-time, including 12% who worked unpaid for over three years.

The IPPR report found that only 16% of London’s ‘creative workforce’ who are under the age of 30 belongs to an ethnic minority group, despite 30% of the capital’s under-30 working population fitting into the same categories. Similarly, in the rest of the country 8% of the under-30 creative workforce is from an ethnic minority group, compared with 9% of the working population.

It adds that although 44% of the under-30 working population had a breadwinning parent in a managerial or professional occupation at age 14, “this is true for 64% of the same group working in creative occupations”.

To address this disparity, IPPR is urging universities to offer brokered work placements to all students, prioritising those from disadvantaged backgrounds.

It is also calling on Government to implement a new residential internship opportunity programme for young people from ‘opportunity areas’, and to ban any placement lasting longer than four weeks.

“We also recommend that the Government examines the case and means for legally protecting the term ‘internship’, potentially in a similar way to the protection of the term ‘apprenticeship’, such that it only applies to placements that are paid and which offer a training opportunity,” the report adds.