Survey finds positivity among organisations across Britain and confidence to weather possible future waves of Covid-19. 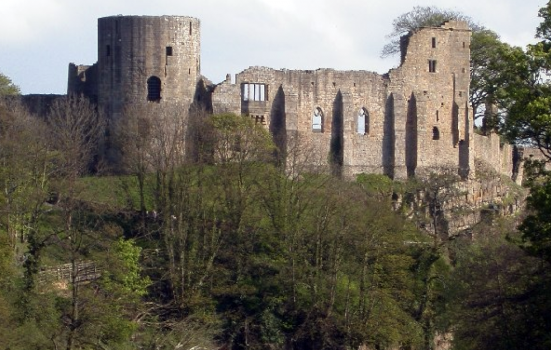 Barnard Castle in County Durham recorded its highest ever visitor numbers in 2021
Photo:

British heritage organisations are confident of their survival despite the ongoing difficulties posed by the pandemic, a survey conducted by the National Lottery Heritage Fund has found.

The first UK Heritage Pulse survey, conducted in February this year, found that 86% of organisations were confident of surviving beyond the next six months.

Overall, the sector expressed a positive outlook, with 84% of respondents rating the risk to their organisation from another wave of Covid-19 as low or moderate.

Around half (53%) said that they had cash reserves that would last more than six months in the event of failing to generate further income. Respondents also rated confidence in visitor or customer demand at an average of 76%.

The survey found that as confidence in survival returns to the sector, organisations are able to look ahead to implementing broader ambitions and achieving “financial and organisational resilience”.

Priorities cited in the survey included contributing to a sense of place and community, ensuring wellbeing for visitors and staff and focusing on accessibility, diversity and environmental sustainability.

“It is great to hear that organisations have greater confidence and a stronger financial outlook now, and will be heartening for the sector,” said Eilish McGuinness, Chief Executive at the Heritage Fund.

But she added that respondents still face challenges in achieving their ambitions in the current economic climate and the results of the survey will help the fund provide targeted assistance.

More than a third of respondents said that recruitment and staffing challenges had impacted operational delivery. Nearly two-thirds (62%) called for greater availability of resilience funding to help shield against the emergence of a new variant and 70% expressed a desire for greater flexibility for existing grants and funded projects.

The Heritage Fund invested more than £400m of National Lottery and grant-in-aid funding to more than 1,500 heritage organisations throughout the pandemic, a 50% increase on usual funding levels.

Memberships ‘through the roof’

Data collected in January this year by English Heritage showed that while the pandemic negatively impacted the heritage sector as a whole, some of the country’s smaller historic attractions received a boost in visitors of up to 82% in comparison with the pre-pandemic period.

“This has been a long and hard pandemic but one silver lining appears to be that with people staying closer to home, they have discovered historic places nearby,” said Kate Mavor, Chief Executive of English Heritage.

Bernard Donoghue, Director of the UK’s Association for Leading Visitor Attractions (ALVA), said that memberships to heritage organisations are increasing further this year despite concerns about inflation and the rising cost of living.

“Annual passes and family passes are really going through the roof because they represent such good value for money”, he said.

Donoghue said that during the 2008 recession, leisure spending was “the last thing that people sacrificed”.

"In response to inflation this year, people are cutting back on things like subscriptions to Netflix and Amazon, as opposed to going on day trips to museums and galleries and heritage sites, so that’s a real boost of confidence for the visitor economy," he added.

ALVA's 2021 visitor figures across 326 UK attractions found that one of the sharpest increases was experienced at heritage sites and cathedrals, with a 43% rise in visitors from 2020, largely driven by historic sites with gardens and parks.

But overall heritage sector visitor numbers in 2021 remained 51% lower than in 2019.

Donoghue said that heritage organisations are reporting increasing numbers of visitors returning to indoor locations this year, with busy Easter and bank holiday weekends this spring signalled that “organisations are repairing their balance sheets and into recovery and growth”, he said.

But sites that have previously relied heavily on international visitors may not see numbers return to pre-pandemic levels until 2024, he warned.

“We’re seeing a spectrum of real growth in some areas and almost the tourism equivalent of long-Covid in others,” he said.