A report into the pilot placemaking programme says beneficiaries “should review the ambition of their projects against practicalities”. 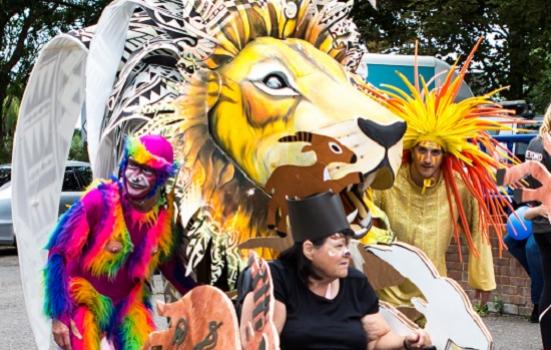 Locations benefiting from the £20m Great Place scheme may need to scale down their ambitions if the projects are to be viable in the long term, an evaluation of its first year has concluded.

The sixteen projects funded through the joint Arts Council England (ACE) and National Lottery Heritage Fund (NHLF) pilot indicated that communities’ involvement in local culture had improved. But they have often struggled to engage decision makers in the public and private sectors who wanted evidence of their impact, or simply don’t “speak the same language”.

The report, by BOP Consulting, finds frustrations about workloads, skills gaps and a lack of cultural infrastructure among participants, warning that these raise issues for funders planning future placemaking schemes.

“Sustaining the ambition and energy of these huge projects and their passionate project managers is a major challenge, strongly reflected in the recommendations to funders and projects.”

Great Place participants should “review the ambition of their enterprises against practicalities”, the report recommends. It says that almost all the projects highlighted “the complexities of local governance and partner networks” as a key issue.

One participant said: “This is a complex and overly ambitious programme that involves five stakeholders, three funders, nine delivery partners and three supporting partners and keeping them on the same message is eternally difficult.”

Participants also said they needed more time to set up new structures and “for complex change processes to take place”. Although there are “signs of great willingness” to develop cross-sector partnerships, these could take decades to fully cultivate, says the report.

The authors say that the biggest single differentiator between projects is “the extent to which culture is already understood and used as a key driver of other agendas locally”.

While Manchester is highlighted as an exemplar of this approach, it says that plans in Gloucester led by a new culture trust have suffered setbacks. Less activity was undertaken in the city than originally planned after delays caused by a local council restructure, and “a lot of time was taken up in the early days of the project setting up systems and processes”.

Gloucester Culture Trust is now in discussions with the National Lottery Heritage Fund (NLHF) to try and extend its three-year Great Place funding.

“Gloucester has been lagging behind in terms of its cultural offer; we don’t have the infrastructure and the talent other places have and we want to change that."

She said the project “has enabled us to really get going with what we wanted to do.”

Smith-Charles acknowledged that the first year had been “complex” – particularly managing the project partners – but said Gloucester now has cultural programmes that “simply weren’t there before”.

“My hope as well is that it shouldn’t be about the Culture Trust. The delivery partners should be strengthened as well – if the water goes up in the harbour, all the boats rise.”

Arts and heritage were evaluated differently in the report, despite the scheme’s goal of combining them under the umbrella of culture.

Funders ACE and NLHF needed “distinct outcomes”, say the authors. But they note this decision “has been extremely unpopular with the projects both for administrative reasons (it is time-consuming) and as it goes against the grain of Great Place”.

Smith-Charles said “closer collaboration” between arts and heritage would be beneficial in Gloucester, where the two are often linked:

“[I would like] that focus on culture, worrying less about the distinction between the two.”