£15m will be awarded to 12 pilot places in England with schemes for Scotland, Wales and Northern Ireland in the pipeline. 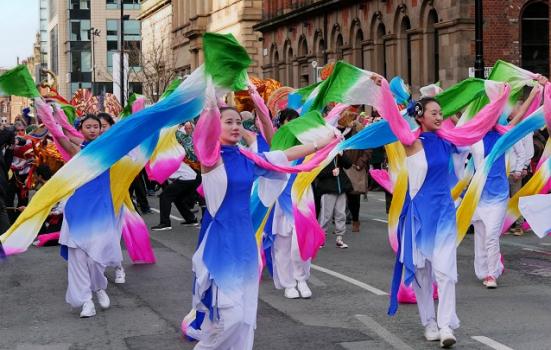 Twelve communities in England will be encouraged to put the arts, culture and heritage at the heart of their planning, through the new Great Place Scheme.

Arts Council England (ACE) and the Heritage Lottery Fund (HLF) have each put £7.5m of Lottery funds into a three-year pilot of the new scheme, which is expected to be rolled out to Scotland, Wales and Northern Ireland later in 2016-17.

The Scheme will test new approaches to enabling cultural, community and civic organisations to work more closely together. It aims to encourage investment in the arts and to ensure public funding for culture achieves its maximum positive impact.

“We want to be sure that National Lottery players’ money is being used in the most effective ways possible,” said HLF Chair Sir Peter Luff. “This scheme will show how it can also boost jobs and local economies, improve education and life chances and promote community cohesion and wellbeing.”

The Scheme was first announced in the Government’s Culture White Paper and follows on from a joint project between HLF and the Royal Society of Arts, which aimed to identify areas that could make better use of their heritage assets to drive local identity, improve wellbeing and increase tourism.

Grants of between £500k and £1.5m are available to partnerships to deliver activities in defined places, such as a group of local authority or civil parish areas, or a Local Enterprise Partnership area. The Scheme is aiming to fund at least four projects in rural areas.

Funded activities could include:

ACE Chief Executive Darren Henley said: “This pilot will enable local arts and cultural organisations and partners in a place, who have great ideas but need that additional support, focus and coordination to work together and make them a reality, and thus ensure that the arts and culture support priorities such as education, health and wellbeing and community cohesion.”

Expressions of interest can be made up until 6 October and the deadline for applications is 12 January 2017. The 12 successful places are expected to be announced by the end of March 2017.