The problem with competitive placemaking

Collaborative placemaking initiatives could be a much quicker route to regenerating coastal towns than waiting to win the city of culture crown, says Jason Jones-Hall. 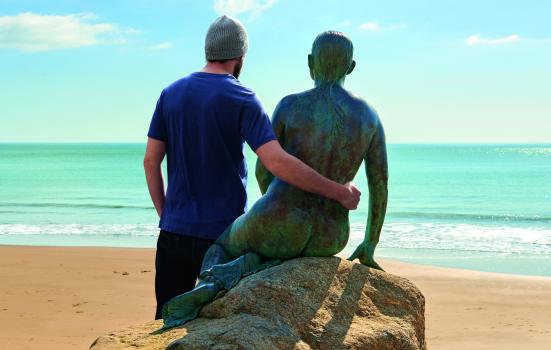 Congratulations to Hull for its year as UK City of Culture, rightly hailed as a roaring success. Congrats too to Coventry, now taking up the mantle for 2021, and to Newcastle Gateshead, which has won its bid to host the Great Exhibition of the North.

Don’t talk to Margate about the affluent south east, or to any of the other southern coastal local authorities about the north/south divide

Competition, it seems, is the government’s placemaking model of choice, putting the spotlight on hitherto uncelebrated cities and addressing regeneration and the north/south divide one city at a time. At the current rate, each and every one of the UK’s 69 cities will have had its place in the spotlight by the year 2294. This is great news for all of us as it means we can look forward to turning our attention to placemaking and cultural provision in coastal towns and rural communities sometime in the early 24th century.

Provided we’re not all living on Mars by then, this provides a glimmer of hope for coastal regions like Thanet on the south-east coast of England, although it doesn’t exactly scream urgency. Yet, like all of the coastal local authorities highlighted in the Social Market Foundation’s recent report, Thanet suffers from some of the worst levels of economic and social deprivation in the UK.

Thanet’s Margate central district currently lies in the top 25 most deprived districts from the 3,248 listed on the government’s Indices of Deprivation. Don’t talk to Margate about the affluent south east, or to any of the other southern coastal local authorities about the North/South divide. In fact, this is a damaging phrase to all arts organisations – both north and south – in that it focuses on what divides us rather than what unites us.

A spirit of cooperation

A strong sense of unity across our coastal communities means they may not have to wait three centuries for a place in the cultural spotlight. Something wonderful is happening on the south-east coast, with a spirit of cooperation (not competition) that promises to play its part in the regeneration of our coastal towns.

Culture Coasting will create new site-specific artworks to form a physical and digital treasure trail. The trail will use GPS-enabled geocaching to tempt visitors to travel to and between the galleries while finding, unlocking and logging new world-class cultural experiences by leading UK and international artists.

For the organisations involved, this is an opportunity to create a lasting partnership across cultural and tourism networks in East Sussex, Kent and Essex and increase visitors to the region. This is a significant feature of Culture Coasting, with Project Director Sarah Dance acknowledging that “in order to become a really successful ‘cultural destination’ we need to be a networked area, delivering a total experience to visitors that helps them understand a location and its people, through history and contemporary culture”.

A similar spirit of cooperation informs Pioneering Places, delivered through a partnership between Turner Contemporary, Creative Foundation and Canterbury City Council. Funded through the Lottery’s Great Place Scheme, the project seeks to pioneer, test and evaluate four distinct ways of placemaking in Ramsgate, Folkestone, Canterbury and Dover. It aims to do so by uniting arts, heritage, public sector, education organisations and the wider community to understand and influence placemaking.

Taking a different approach to cultural regeneration in all four places will be key. According to Creative Foundation’s CEO, Alastair Upton, “There is no one solution to this. You analyse what’s right for the particular place and you build around that. It’s all about the appropriateness of place and space”.

Creative Foundation has already demonstrated a strong commitment to the regeneration of Folkestone, having created more than 500 jobs and restored 90 buildings to transform the old town into a creative quarter, home to artists, creative industries and a university. Upton describes the focus as “making the town a better place to work, play, study and visit… with visiting very much fifth on the list”. The inference here is that if you get all the rest right, then people will visit as a consequence.

Arguably, the influx of cultural tourists to Margate is having the same effect in reverse order. Turner Contemporary, widely recognised as a catalyst for the regeneration of Margate, has succeeded in attracting more than 2.5 million visits in its first six years and generated £58m for the local economy. Indeed, the importance of cultural tourism in the region has recently been highlighted by Turner Contemporary’s Culture Kent report, which found that cultural tourists have a higher propensity to stay longer in the region than existing leisure tourists.

A centralised online space is currently being developed to share findings from evaluation and research from the Pioneering Places project with planners and arts organisations in other placemaking projects. Once launched, this should provide an insight into how these coastal communities have used arts, culture, education and heritage in different combinations to develop a strong sense of place and to regenerate their towns. Thankfully, we won’t have to wait until the 24th century to see the results.

How might culture engineer levelling up?
The problem with competitive placemaking
Florence and the machine