The Government has revealed plans to improve access to culture for the disadvantaged, to help arts organisations develop new income streams and to encourage local authorities to put culture at the heart of their plans. 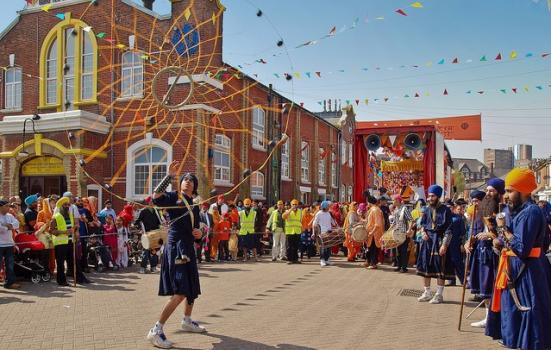 Helping disadvantaged people to access art and culture is at the heart of the Government’s new Culture White Paper.

Announcing the White Paper’s publication, Culture Minister Ed Vaizey said: “Our arts, heritage and culture should be for all – not just the privileged few. Culture opens doors, improves social mobility and has a huge impact on life chances.”

Every publicly funded cultural organisation will be required to work to increase opportunities for the most disadvantaged to access culture, and to report on their progress in this area.

Other measures introduced by the White Paper will see Arts Council England (ACE) made the subject of a ‘tailored review’; a new crowdfunding scheme established; and a new initiative to encourage local authorities to make culture a core part of their plans piloted.

The White Paper, which is the first government strategy for arts and culture in more than 50 years, is divided into four key sections, entitled:

It is the result of an extensive consultation involving round tables with 232 organisations. The Government also received 63 written submissions and 87 posts to an online discussion forum.

Central to the Government’s commitment to disadvantaged communities is a new ‘Cultural Citizens’ programme – first announced by the Prime Minister in January as part of his Life Chances Strategy – which aims to give thousands of children from poorer families “behind-the-scenes access to the arts”.

ACE and the Heritage Lottery Fund will launch a pilot of the scheme in September in three areas in the North West, North East and West Midlands. The Government hopes that within three years the programme will be operating in up to 70 areas of low arts engagement and high deprivation across the country, and reaching 14,000 young people a year.

The Government has also committed to working with ACE to understand the barriers that prevent people from poorer families becoming professionals in the arts, and to develop a strategy for tackling the lack of diversity in arts leadership.

The new ‘Great Place’ scheme will push for culture to be made “a core part of local authority plans and policies” by helping communities develop a ‘cultural vision’. The scheme will be piloted in twelve areas, including at least four rural areas, where there is a strong local partnership and a commitment to embedding culture in local plans.

The Government will conduct a tailored review – a development of its 2010-15 Triennial Review programme – of ACE in 2016/17. The purpose of the review programme is “to challenge the continuing need for individual public bodies” and to examine control and governance arrangements. It will look specifically at how ACE supports the cultural sector, and how it works with other public bodies, local authorities and partners.

A wide-ranging review of the museums sector, the first of its kind in more than a decade, is also on the cards. It will examine museums infrastructure nationally and have a special focus on digital services and storage. The Government aims to complete the review by summer 2017.

A new crowdfunding pilot scheme is one approach to helping the arts explore “untapped” opportunities to generate revenue through alternative finance models. The scheme, to be launched by the DCMS in partnership with ACE and the Heritage Lottery Fund, will offer cultural organisations match funding for money raised through crowdfunding.

The Government also plans to found a virtual ‘Commercial Academy for Culture’. Public and commercial sector experts will help cultural workers increase their knowledge of business models, develop planning skills to improve their ‘investment readiness’ and better communicate their value to potential investors.

This autumn ACE will publish a new Private Investment Survey – the first since Arts & Business’ 2011/12 survey. It will provide an updated overview of private investment in England’s cultural sector.

The Government has pledged to promote a global cultural export programme with UK Trade & Investment to open up new markets, and ensure that the cultural sectors are able to participate in UKTI’s High Value Opportunity programme.

It also plans to increase the amount of investment eligible for the Social Investment Tax Relief, to make opportunities for social investment in the cultural sectors more attractive.

Reactions to the White Paper

The White Paper has been welcomed by many in the sector, but a few caveats have been raised around issues such as education.

Chief Executive of the Creative Industries Federation John Kampfner was positive about the focus on diversifying access and developing resilience in the arts, but said he was “disappointed” that the White Paper did not “make the case more strongly for arts teaching in schools”.

Chief Executive and Artistic Director of the Roundhouse Marcus Davey said: “It is really encouraging to see the Government take steps to ensure that the arts are accessible to all young people,” but he noted that young people, teachers and educationalists are “constantly telling me stories about how arts subjects are being squeezed out of the curriculum”.

Chief Executive of the Incorporated Society of Musicians (ISM) Deborah Annetts echoed Kampfner’s disappointment, saying that the White Paper fails to recognise that “music delivered as part of the curriculum in our schools is increasingly under pressure”.

She welcomed the call for more facilities that support artists to create new work, but warned that the Paper “stands in isolation from the wider ecology of the cultural sector”. Adding: “The absence of a commitment around creators’ rights and intellectual property – something that lies at the heart of our profession – is particularly notable.”

A few took to Twitter to express their belief that the White Paper has failed to take any significant steps. @housetheatre asked “Did the White Paper tell us anything we didn’t already know” and described it as “a little ‘re-inventing the wheel’ particularly ignoring all the existing partnerships out there”. @stellduffy noted that it didn’t “acknowledge how much ‘placemaking’, community-led, diverse work is ALREADY happening”. And @ChrisRuthLee tweeted: “I'd certainly hoped for more. Mostly feel I'm being told to be proud of the arts. (But surely that's preaching to the choir??)”.

At the risk of sounding optimistic, given that DCMS staff have been cut by 50%, the White Paper's not bad. It's especially good to see the reintroduction of participation measures after they were effectively scrapped in 2010. However, it's disappointingly feeble on 'rebalancing' and DCMS have evidently been nobbled by the brilliant advocates in the London cultural mafia. But all in all rather better than I anticipated.

White Paper to set agenda for future of the arts