The proposed 27% increase would take funding for the creative and cultural sector up to €1.9bn for the years 2021-27. 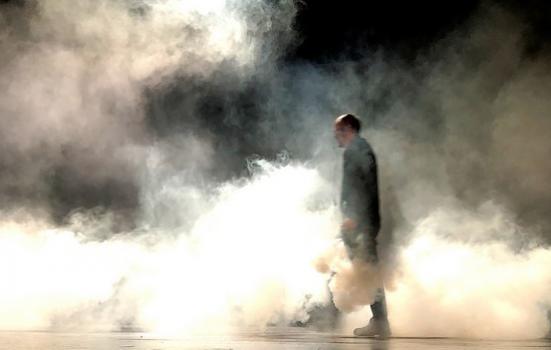 A performance in a German theatre
Photo:

Rosmarie Voegtli on Visualhunt / CC BY

The European Union (EU) is gearing up for a 27% increase to its culture budget for the next six-year funding round, taking available support for creative and cultural projects up to €1.9bn.

This follows a decision by the European Commission to not merge funding for culture with other programmes, which the Network of European Museum Organisations (NEMO) says is “especially welcomed” given the expected financial stress caused by the UK’s departure from the EU.

The news also comes as the UK’s continued participation in Creative Europe remains unclear, although EU culture funding for the UK has been guaranteed until at least 2020.

Explaining the change, the European Commission describes its investment in culture as playing “a crucial role fostering diverse and inclusive societies” as well as supporting other EU policies through crossovers”.

It also emphasises the importance of free movement for professionals in the cultural and creative sector, supporting emerging talent, and fomenting potential that “extends beyond national borders” as ways of improving the EU’s cross-border cultural performance and “its relations on the global scene”.

The explanatory document stresses that the Creative Europe scheme will continue to champion open, inclusive and creative societies, strengthen the competitiveness of the cultural sectors and boost job creation. It also hopes to learn from the previous generation of programmes and deliver “more streamlined and focussed communication, dissemination and feed-back on results”.

The UK’s share of Creative Europe funding has been increasing, growing by 30% in the year immediately following the Brexit vote. 35 creative, cultural and heritage organisations were awarded a combined €3.2m in funding from 2016-17.

Although NEMO stresses the proposed budget is “promising” for the creative and cultural sector, it calls for further details about how the funds will be allocated.

“NEMO also hopes that museums in particular will receive sufficient support in the next EU-budget and that the European Commission will recognise museums’ vital role in promoting cultural heritage and creating a strong shared European identity.”

Culture Action Europe (CAE), which has led a campaign for the culture budget to be doubled and for 1% of the budget of each policy field to be allocated to culture, celebrated the news that Creative Europe will continue to exist as an independent programme.

But it said the increased budget is “not enough to reach its potential” and calls on European Member States and the European Parliament to guarantee a “substantial increase of the budget for culture” during the ongoing negotiations.

“We call on our members, partners and friends to support a strengthened budget for culture and actively advocate for it at all levels: national, regional and European,” it added.

The membership body notes the negotiations follow in the wake of last year’s Eurobarometer report, which found culture is the most important contributing factor for citizens to belong to a European community.