35 creative, cultural and heritage organisations from across the UK have been awarded a combined €3.2m in funding. 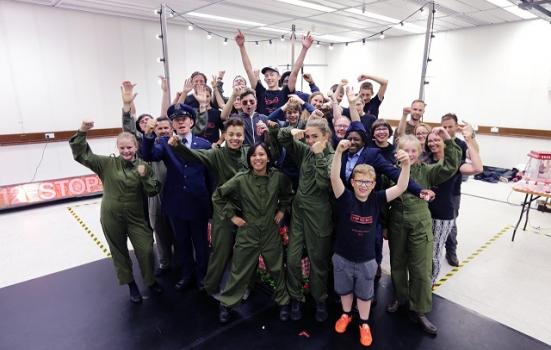 “These positive results show just how much of a desire the UK creative sector has for values-led European collaboration, and how highly sought after UK arts and culture organisations are as partners,” said Christoph Jankowski, Head of Culture of Creative Europe Desk UK.

“This also confirms that our post-referendum messages of reassurance about the continued eligibility of the UK in the programme are being heard, and that Creative Europe Desk UK is being effective in engaging sector organisations, promoting the programme and supporting applicants.”

35 creative, cultural and heritage organisations from across the UK have been awarded €3.2m in funding for cross-border projects, with 30 of the 79 successful applications involving UK organisations.

This is up from 28 UK creative and cultural organisations involved in 2016, who took part in 24 projects.

Successful applicants range from national institutions, such as the Royal Opera House and the Royal College of Art, to universities, regional and grassroots arts organisations.

The funded projects include:

Speaking about the award, Vanessa Reed, Chief Executive of PRS Foundation, said she was delighted her organisation’s application was successful “in spite of uncertainties” posed by the UK’s decision to leave the EU.

“European and international collaboration is essential to the creative and business development of individual artists and the industry as a whole”, she added.

The news comes as the UK begins negotiations about the terms of its withdrawal from the union. The Creative Industries Federation (CIF) has issued a call for the UK’s continued participation in Creative Europe as one of its ‘Brexit red lines’.  These include freedom of movement for EU workers, guaranteed rights for EU nationals currently working in the UK, and continued UK participation in EU programmes, such the €1.46bn Creative Europe programme.

This programme is not limited to members of the EU and is currently open to all EU Member States and 10 non-EU countries, such as Albania, Iceland and Norway. There are no immediate changes post-referendum for organisations which had applied or are planning to apply for Creative Europe funding.

NIE’s Cat Moore told AP about the importance of European support, saying that if Creative Europe funding was no longer accessible, “it would limit some of the projects that we would like to undertake, particularly the scope and scale of work with European partners”.

She added: “Creative Europe funding has been increasingly important for the company over the last 6 years as we look to diversifying the funding sources for our projects and be less reliant on Arts Council England.

“The funding scheme has been useful in increasing the scope and impact of our work across Europe and internationally and has been influential in how we develop our practice.”