EU culture funding for UK guaranteed until at least 2020

UK arts organisations and European partners have been advised to continue applications for Creative Europe funding as normal. 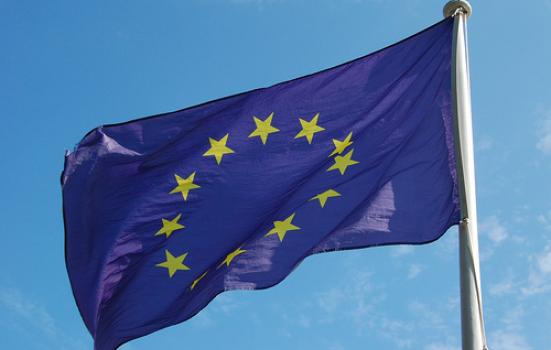 UK arts organisations can now push ahead with Creative Europe funding applications after the Government reached a financial settlement with the European Union (EU) on the terms of its departure.

Applications to the EU’s €1.46bn culture programme will be accepted until December 2020 and, as the UK has agreed to pay a proportion of outstanding European commitments from 2020, funding will be provided to successful applicants until their projects end.

The news comes as the EU formally launches the European Year of Cultural Heritage 2018, which will see “thousands of events and celebrations” take place across EU member states to raise awareness about the social and economic importance of cultural heritage.

A spokesperson for the Creative Europe UK desk confirmed the recent announcement means UK organisations can continue to take part in forthcoming Creative Europe funding callouts. Whether they will still be eligible from 2021 remains to be confirmed, but a joint statement by EU and UK negotiators states the UK “may wish” to participate in similar programmes post-2020 as a non-member state.

“Our advice for UK organisations and other European partners is to continue applications as normal for forthcoming Creative Europe calls,” a Creative Europe Desk UK statement reads.

“UK organisations will have exactly the same rights and obligations as other countries participating in the Creative Europe programme until the end of 2020.”

The UK’s pending departure from the EU has raised fears arts organisations will no longer be eligible for European funds and put some projects on hold. Calls for the UK to remain part of the Creative Europe programme have been led by the Creative Industries Federation, following the precedent of non-EU states including Albania, Iceland and Norway, which are eligible for funds.

All states participating in the Creative Europe programme will also be involved in the European Year of Cultural Heritage 2018.

€8m has been allocated for the year, €5m of which will be used to fund up to 25 transnational projects through a dedicated funding callout in the Creative Europe programme.

The EU will also collaborate with UNESCO on a series of long-term projects, including the fight against illicit trafficking of cultural goods, to ensure a legacy for the year beyond 2018.

The launch of the year coincides with the publication of new research findings by the European Commission, which found eight in ten Europeans believe cultural heritage is important to their community, region, country and the entire European Union.

A survey of people across EU member states, found large majorities “take pride in cultural heritage” and agree it can improve quality of life and a sense of belonging.