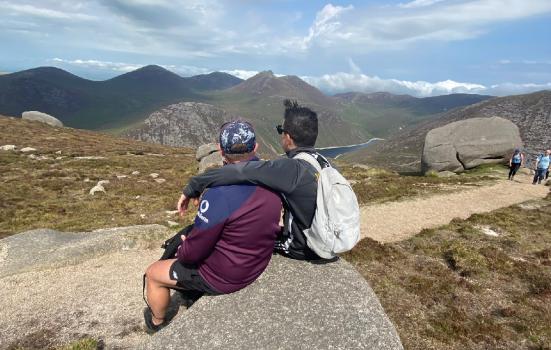 Three-quarters of Heritage Emergency Fund grantees used some of their award to cover staff costs, with nearly half using it to bring staff back from furlough as visitor numbers at their sites increased.

The fund reacted quickly to the pandemic, she said, describing it as "the gravest threat" to heritage organisations since the Second World War.

“I am confident that our quick action not only helped heritage survive the year but has also helped to make organisations more resilient for the future."

According to the evaluation, about two-thirds of grantees spent some of their grant on social distancing measures to comply with re-opening guidelines.

As of January, 90% of heritage sector grantees said Covid-19 placed the viability of their organisation at risk.

NLHF’s report acknowledges the Covid-19 crisis has "lasted for longer than was first anticipated" and its continued impact on organisations working in heritage is "significant".

The ongoing postponement of planned events and a loss of revenue remain the greatest threats, as reported by over 90% of grantees.

But the report insists opportunities to build back better remain, with the move towards digital events and new recognition of the importance of green spaces to health and wellbeing cited as key areas for growth.

Kerslake commented: "Heritage is playing a key part in the country's recovery, not only in kick-starting the economy, but in helping to improve wellbeing, bringing back that sense of optimism and excitement that has been so missing from our lives recently."

Organisations responding to the fund's surveys have expressed interest in continued financial and non-financial support such as access to consultancy support and knowledge sharing opportunities within the sector.

It says it may also require assurance that organisations are financially resilient or have a "strong plan" to become sustainable.

Resilience is now a mandatory outcome for applicants to the newly-reopened National Lottery fund.

The NLHF says it recognises a need to be “agile and flexible” with stakeholders and engagement partnerships.

Thursday, 29 July 2021
The Night Time Industries Association (NTIA) and hospitality bosses say they are ready to take the Government to court over its plan to introduce vaccine passports at event venues. A letter to Health... read more

Wednesday, 28 July 2021
Eight cultural organisations in Northumberland are commissioning research into their audiences ahead of the next National Portfolio application process in January. November Club, Museums... read more