Northern Irish organisations' coronavirus deficits will be eliminated by new grants as Scotland offers new support for events and freelancers. 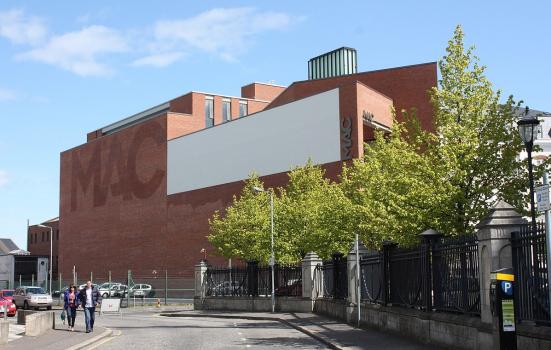 The Arts Council of Northern Ireland 's (ACNI) Stability and Renewal Programme has awarded grants totalling £10.86m to 168 organisations needing support to survive the pandemic. Of these, 39 were first time applicants to the arts council.

The grants – which have twice been delayed – offer a much-needed lifeline to Northern Irish organisations, many of which have been closed since the first lockdown in March.

What was originally a £7.75m emergency fund opened for applications last October, with grants initially expected to be announced in December.

Beneficiaries include SSE Arena Belfast, a first-time recipient of ACNI funding, which recieved £809,763. Derry Theatre Trust, which runs the Millennium Forum theatre, was granted £103,034, and Newcastle Community Cinema in Down recieved £55,366.

Belfast art gallery and multi-arts venue The MAC will receive £417,319.

The Stability and Renewal Programme is financed by a £29m Northern Ireland Executive allocation to the Department for Communities to support the arts, culture, heritage and language sectors.

The arts sector has repeatedly called for its urgent distribution since the funds were announced in September.

The grants are intended to stabilise organisations "until they can reopen and resume delivering their important benefits to our community," she added.

ACNI Chief Executive Roisín McDonough said the funding is “very much needed to help stabilise the wider arts, cultural and entertainment sectors in these difficult times and to plan for eventual recovery.”

The arts and culture sector in Northern Ireland has been hit especially hard by the pandemic.

Half of its workforce is on furlough – the rate is closer to a third across the UK as a whole – and Ulster University's Economic and Policy Centre has warned a third of Northern Ireland's arts, culture and heritage jobs could be lost because of the pandemic.

Earlier this year, the Arts Collaboration Network, an informal group of more than 100 Northern Irish organisations, said "the economic recession brought about by Covid threatens another wave of long-term underfunding that many cannot survive”.

The Scottish Government has committed a further £17.5m emergency funding to support creative freelancers and events.

£8.5m will go to the events sector, with £7m distributed through EventsScotland and further £1.5m allocated for targeted support.

The remaining £9m will be distributed through the Creative Freelancers Hardship Fund, which has distributed £8m since it was launched in October.

The funding follows discussions between the Event Industry Advisory Group, which features senior figures from the sector and the Culture Secretary Fiona Hyslop.

The group’s proposals for what is needed to begin planning to restart events will feed into the Scottish Government’s upcoming review of its Covid-19 Strategic Framework.

Some festivals, including Orkney, Shetland and the Isle of Lewis, have already been cancelled for this year. The Edinburgh festivals and the Tattoo, Glasgow’s TRNSMT festival and Belladrum in the Highlands, are all still hoping to go ahead.

The events industry has received £23m in government support since the beginning of the pandemic.

Hyslop said: "Culture, events and creativity generate invaluable contributions to our society – both in terms of our economy and our wellbeing – and I would like to pay tribute to everyone within these sectors for showing incredible resilience and determination during these difficult times.”