Organisations clamouring for support have released a five-point recovery plan amid a projected £16m funding shortfall. 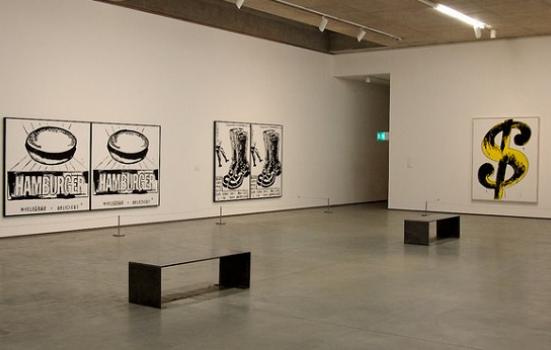 Organisations like the MAC in Belfast, pictured, have been closed since March
Photo:

Emergency funding for Northern Ireland's arts and cultural sector has been delayed, leaving organisations in the lurch.

Grants worth £7.75m were expected on Friday (January 29) but will now be announced early in February, a spokesperson from the Arts Council of Northern Ireland (ACNI) said.

This second delay to delivering funding - organisations were initially told December - is a further blow to a sector already suffering badly.

Northern Irish organisations, most of them closed since March, have pleaded with Stormont to release the rest of a £33m allocation it recieved from the Cultural Recovery Fund in July.

But demand for funding is expected to far outstrip supply, with ACNI Chief Executive Roisin McDonough projecting a £16m shortfall.

The Arts Collaboration Network, a group of more than 100 organisations, says that, without a plan for reopening, "the economic recession brought about by Covid threatens another wave of long-term underfunding that many cannot survive".

Although £5.7m in emergency grants was allocated early in the pandemic, public spending on arts and culture has traditionally been lower in Northern Ireland than in the other three nations.

A recent report from the Centre for Cultural Value said "uncertainty around the ACNI's future budget is hampering strategic planning and causing real concerns about the sustainability of the sector".

With half of the sector's workforce on furlough - the rate is closer to a third across the UK - Ulster University's Economic and Policy Centre has warned that a third of Northern Ireland's arts, culture and heritage jobs may be lost.

A recent advocacy document by the Arts Collaboration Network titled 'Culture after Covid' acknowledged that the country's cultural sector will have to change, but says that change must happen "in co-production" with its Executive.

Culture must be at the centre of the recovery from Covid-19, the network says.

'Culture after Covid' outlines five key asks for the sector to be supported to resume and contribute in 2021.

Building infrastructure and capacity in the sector will help it meet society's emerging needs, while investment in its workforces - particularly freelancers - will ensure its long term survival.

"In the medium term, we need an innovative solution that resolves the precarious pre-Covid position of creative freelancers and leads to a more robust development and employment framework.

"Without these interventions we risk not only a much reduced workforce as a direct result of Covid, but also preventing a generation of young people from being able to gain secure employment in Northern Ireland's cultural sector."

The document also asks for a year-on-year increase to ACNI's annual budget and for the Executive and Public Health Agency to engage with the sector on reopening.

"Detailed plans and risk assessments are already in place. In order to plan for a safe reopening, the sector needs guidance, a partnership approach, and to agree a clear communications plan that seeks to build public confidence in the sector's ability to deliver all activities in a Covid-secure way."

Finally, it requests the creation of an integrated Arts and Culture Strategy to align departmental and whole-of-government outcomes.

"We are ready to work alongside [Communities] Minister Hargey, ACNI and others to take this forward and agree a timetable and terms of reference early in 2021."