Emergency funding has finally been approved. Will it reach the sector in time to ensure its survival? 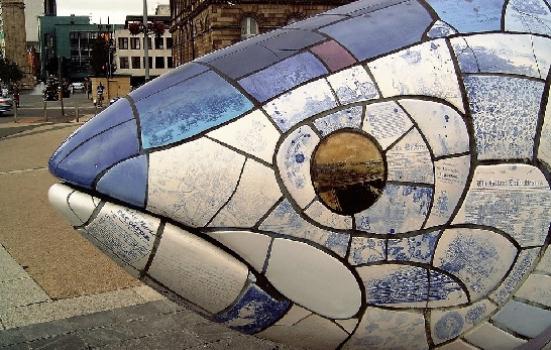 Northern Ireland's arts, cultural and heritage sectors will receive £29m in emergency funding to help them meet the ongoing challenges presented by Covid-19.

The allocation was approved by the country's Executive late last week after more than 30 arts organisations told politicians they needed urgent financial support to avoid "the collapse of our industry".

It is £4m less than the Department for Communities (DfC) requested. However, DfC says a £5.5m Creative Support Fund established in May has already granted £2.4m to individuals and small-to-medium sized organisations.

A "suite of funding schemes" is being finalised, Chuilín added.

Details about the funding breakdown across these schemes, application guidance, and eligibility criteria are yet to be released.

Chuilín said she wants to distribute funding "at the earliest possible opportunity" to support hard hit sectors in the short term and provide for their future.

But it is unclear how long it will be before it reaches those most in need. The UK Government allocated £33m of its £1.57bn Culture Rescue Package to Northern Ireland in July; the bulk of that has only been handed over to the DfC now.

Funding programmes appear to be under immense pressure and recent restrictions on indoor gatherings in Northern Ireland mean many arts organisations are unlikely to open their doors again until after winter.

Grants from a £500,000 programme to facilitate social distancing once organisations reopen are not expected until December, and the Arts Council of Northern Ireland (ACNI) has postponed decisions on two emergency programmes for individuals until mid-October.

Those programmes were meant to build on an initial Artist Emergency Programme that was "heavily oversubscribed," ACNI said.

ACNI welcomed the £29m as a means of getting through the current crisis.

"However, we must also consider how government funding can help renew our fragile arts ecosystem beyond this financial year, through a programme of strategic reinvestment," it said.

It hoped that the Government's investments in the arts and cultural sector would provide the resources to innovate, "be that digitally, outdoors, in-person or through live performance".