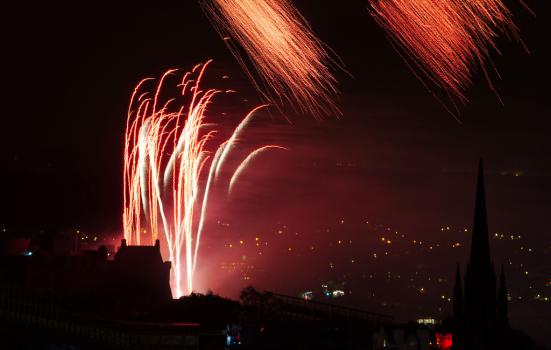 Edinburgh’s flagship festivals contributed £14.4m to the Scottish culture sector in 2016/17, according to new research that examines the events’ local impact for the first time.

The festivals, which celebrated their 70th anniversary last year, were also credited with creating a “halo effect” that enhances the reputation of Scotland’s cultural activity, and generating international opportunities for its creatives.

And the Scottish Government’s dedicated festival fund was found to have resulted in 550 new artistic commissions and audiences of over 5 million since it was created 10 years ago.

The first, by BOP Consulting, examines the contribution of the festivals to Scotland’s cultural and events landscape in 2016/17. It finds that they spent a collective £10.5m on event production in 2016-17, with £9.3m (89%) going to Scottish-based companies.

In addition, £5.1m (56%) of the money spent on creative talent went to Scottish-based people or organisations, meaning that the festivals spent a total of £14.4m – 46% of their overall expenditure – on the Scottish culture sector.

The report also identifies five secondary impacts of the festivals on the country’s culture. These include the observations that:

Scottish creative talent is given highprofile promotion, which is “essential to their financial development”

The festivals create stability for the event production sector, meaning that risk is reduced and new talent can be developed

The “halo effect” of global recognition of Scotland as a home for culture gives cultural organisations and audiences pride and confidence.

“This research highlights that being the home of these large-scale, internationally renowned events benefits all Scottish cultural and event organisations,” says the report.

The authors’ recommendations for building on the festivals’ positive impact include gathering further data and dedicating resources to opening up the events to education and training partnerships.

The second report, by University of Edinburgh researcher Jakov Jandrić, examines the role of the Scottish Government’s Expo fund in increasing funding for Scottish artists and encouraging creative collaborations.

The fund is found to have resulted in at least 550 new commissions, 11,000 performances and events, and audiences of over 5 million since the first funded acts appeared in 2008.

The report says that the fund’s primary outcomes include developing and sustaining creative careers in Scotland. It also echoes BOP’s research in finding that the fund also expands international markets for creatives.

Looking ahead, the report recommends longer lead times for the allocation of funding and a revised evaluation approach that enables follow-up over a longer period.

“Our Festivals are both profoundly international and distinctly Scottish and we are proud of the unique role we play in supporting the country’s cultural sector,” commented Sorcha Carey, Chair of Festivals Edinburgh.