An interim report for the five-year programme is positive, but warns there will be challenges to maintaining the programme once financial support comes to an end. 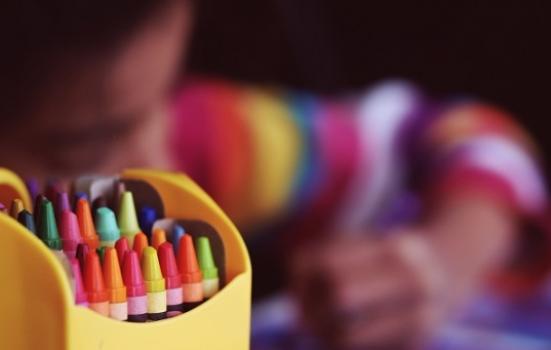 Wales’ flagship creative learning programme, which is placing arts as a key pillar of the school curriculum, is progressing well and producing evidence of positive outcomes, an interim report has found.

Tens of thousands of young people have either benefitted from learning opportunities designed in collaboration with creative practitioners, or through funded trips to arts events.

The five-year scheme, launched in 2015, is also credited with providing consistency to arts and education collaborations, which previously operated in only a “handful of schools”.

The report, produced by the Welsh Government, emphasises that the scale of the Creative Learning through the Arts programme “differs from anything previously delivered”.

“There are now hundreds of teachers and Creative Agents and Creative Practitioners who have benefitted from the training and a consistency of approach throughout Wales, compared to what was only a handful of schools in the past,” the report reads.

“The programme is therefore providing capacity within both the education and arts sectors that had not existed previously.”

The programme is split into two strands: ‘lead creative schools’, and ‘all wales arts and education offer’.

In the former, schools are partnered with creative professionals to find creative approaches to teaching numeracy and literacy. Over the first two rounds of the project, 12,000 pupils were involved in creative learning opportunities, and it is estimated 400 schools will participate in the programme throughout the 2017-18 academic year.

In the latter strand, arts organisations are supported to strengthen their relationships with the education sector and build mutually beneficial partnerships. Regional arts and education networks have been set up to connect the two elements, and a new ‘Go and See’ fund provides grants of up to £1,000 to support visits to arts events across Wales.

Despite recognising “substantial goodwill towards the programme” from stakeholder groups, the report highlights the challenges of maintaining the programme once financial support – which will total £20m over the five years – comes to an end.

It cautions that the lead creative schools were already engaged in the arts and that there is no evidence yet that the scheme is changing the views of those schools and individuals less open to participation.

It also stresses the findings cannot yet be generalised across the whole programme as they are based on a “small and non-representative sample of schools and activities”.

Concerns have been raised about how schools share lessons learned from creative collaborations, and that the regional networks and new online portal are not yet being used to their full potential.

The report also warns that the project’s aim to assess the impact of creative learning on pupil attainment in maths and literacy may not be achievable because of a lack of access to data held by the Welsh Government.

The five-year creative learning programme is taking place in Wales as the country moves towards a new school curriculum for primary and secondary schools. By 2022 Welsh schools will adopt six ‘areas of learning and experience’ in place of traditional subjects, with ‘expressive arts’ one of the core six.

The developments mark a stark contrast to England, where new data reveals the extent to which the arts are being squeezed out of schools by the English Baccalaureate (EBacc) schools performance measure. Since 2014, GCSE entries to arts subjects have fallen by 25.6%.

This has led some English arts organisations to take a response to the EBacc into their own hands. In Bristol, a collaboration between Colston Hall, local arts organisations and universities in the region has produced a ‘creative curriculum’. This collection of resources has been trialled in four schools and will be released in August.

It is hoped the learning will ensure cultural education remains in the curriculum in as many schools as possible, and show how creative arts subjects “can enliven and invigorate STEM subjects”.

Arts leaders call for EBacc to be scrapped
Arts GCSE entries at their lowest for a decade
Wales to put arts at the heart of the curriculum
EXCLUSIVE: Collapse in GCSE arts subjects gathers pace