A new DCMS Committee Inquiry is set to "shine a torch into the murky corners of the streaming payment model". 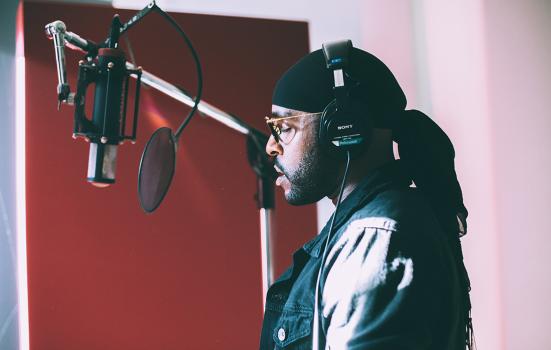 The economic impact music streaming is having on artists, record labels and the sustainability of the wider music industry will be the subject on a new DCMS Committee Inquiry.

Streaming accounts for more than half of the global music industry’s revenue and in the UK brings in more than £1 billion in revenue. Yet due to the way the streaming platforms' algorithms operate, lesser-known artists receive little in royalites from the sharing of their work.

The Inquiry will also consider whether the government should be taking action to protect the industry from piracy in the wake of steps taken by the EU to strengthen the protection and enforcement of intellectual property rights in third countries.

Earlier this year The Ivors Academy and the Musicians’ Union (MU) joined forces in a campaign to #FixStreaming, calling for industry stakeholders to come together to agree an “equitable, sustainable and transparent model for royalty distribution in the streaming era”.

Their petition asked Government to undertake a review of streaming “to ensure that the music ecosystem is transparent and fair”. Naomi Pohl, Deputy General Secretary of the MU, said: "We have been asking for a fairer deal on streaming for years and it is long overdue. Our members can no longer accept the record labels taking the biggest share of income. We have to fix streaming now.”

Pleas for the government to "shine a torch into the murky corners of the streaming payment model" have now been heard and the Inquiry will examine the business models operated by platforms such as Spotify, Apple Music, Amazon Music and Google Play.

General Secretary Horace Trubridge has warmly welcomed the announcement: "We are delighted that Government will investigate the streaming market so it can work for all parts of the music industry. Most creators cannot make a living from streaming, it simply does not pay enough and millions of pounds each year is not properly allocated due to poor data."

DCMS Committee Chair Julian Knight MP said: "While streaming is a growing and important part of the music industry contributing billions to global wealth, its success cannot come at the expense of talented and lesser-known artists."

He described the algorithms used as benefiting the platforms by maximising income from streaming, but said they are "a blunt tool to operate in a creative industry with emerging talent risking failing the first hurdle.

“We’re asking whether the business models used by major streaming platforms are fair to the writers and performers who provide the material. Longer-term we’re looking at whether the economics of streaming could in future limit the range of artists and music that we’re all able to enjoy today.”

Culture Secretary Oliver Dowen has acknowledged that everyone should fully coorperate with the Inquiry, including record companies, and that they should be "fully transparent" in supplying information.

The Committee is seeking contributions on five issues  from industry experts, artists and record labels as well as streaming platforms themselves.

•    What are the dominant business models of platforms that offer music streaming as a service?
•    Have new features associated with streaming platforms, such as algorithmic curation of music or company playlists, influenced consumer habits, tastes, etc?
•    What has been the economic impact and long-term implications of streaming on the music industry, including for artists, record labels, record shops, etc?
•    How can the Government protect the industry from knock-on effects, such as increased piracy of music? Does the UK need an equivalent of the Copyright Directive?
•    Do alternative business models exist? How can policy favour more equitable business models?

Written submissions must be made by Friday 16 November and the first evidence session is expected to be held towards the end of November. Full details are online.