Americans online talked more about Adele than Brexit, even in the month after the UK voted to leave the European Union. 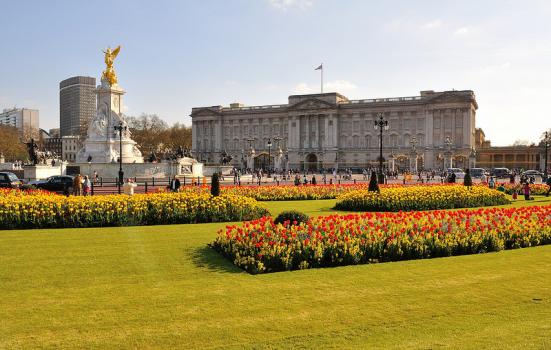 Buckingham Palace. Cultural and historical attractions were found to be more important than government in influencing the attractiveness of the UK to Americans.
Photo:

The factors influencing close ties between Britain and the US are more cultural than political, a new report from the British Council argues.

The findings are based on surveys of 1,000 people aged 18-34 in both countries, as well as an analysis of online conversations.

Just 17% of young Americans said that current and past actions of UK governments were one of the top three factors determining how attractive they found the UK – placing it 16th on the list. The most important factor was “cultural and historical attractions” (identified by 43%) and the second-most popular answer was history (42%).

British respondents likewise ranked the actions of US governments as the 16th most important factor influencing how attractive they found the US. The top factors contributing to the attractiveness of the US among UK respondents were cities (62%) and “brands, products and services” (47%).

“The research shows that there is a close proximity and strong mutual attraction between the US and UK when analysed through the prism of the views of their young people. Moreover, the factors driving that proximity and attraction might best be described as precisely ‘cultural’ (broadly defined) rather than political,” say the report’s authors.

“Despite the changing demographics in both countries, which might be considered to represent a challenge to the cultural proximity between the US and the UK, this research shows this cultural proximity to be strong among the young.”

71% of young Americans said the UK has “world-leading arts and cultural institutions and attractions”, and 64% of British respondents thought the same about the US.

The two countries ranked each other as the fourth-most attractive source of arts and culture in the G20, behind Italy, France and Japan. And both countries also thought that each other was the most attractive for making personal contacts and friendships.

Researchers also scoured the internet and social media to identify popular trends. 64% of US social media mentions relevant to the UK, from periods it assessed over the past two years, were found to be concerned with British culture, compared with 18% for politics.

And people in the country tended to talk about the singer Adele more than Brexit, including in the month immediately after the UK’s referendum on membership of the European Union.

“Analysts of the relationship should remain aware that cultural factors often tend to have a greater impact on global views of countries than political issues,” said the report.

Leigh Gibson, Director USA at the British Council, commented: “The US–UK relationship is often called ‘special’, but there is ongoing debate amongst UK commentators about just how special it is – and exactly what that means is in the 21st century.

“This research should dispel some of that anxiety,” said Gibson. “It suggests that, when it is looked at as a cultural concept at the level of what really matters to people on both sides of the Atlantic – the relationship between the UK and the US is special and thriving.”