Culture hit twice as hard as rest of UK economy

Merseyside, South Yorkshire, and the West Midlands are among the regions that lost the most economic value due to Covid-19. 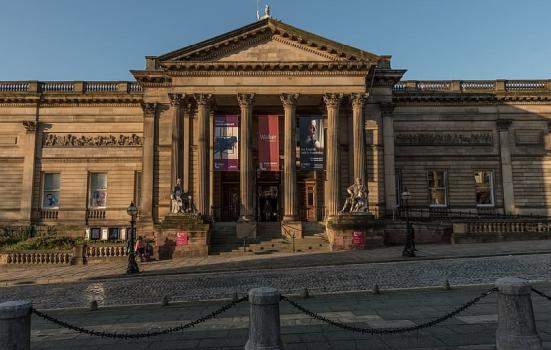 Arts, culture and heritage suffered "double the impact" of Covid-19 as the UK economy at large.

The sector's gross value added, or GVA, fell 20% in real terms compared to about 10% for the economy overall, according to analysis by economists and University of Sheffield researchers.

The data shows a dramatic drop caused by the first lockdown - museums and other cultural activities lost two thirds of their economic value, for example - but a lesser decline in the year since.

The impact on different industries varies massively: while book publishing grew by 2%, arts facilities' and cinemas' economic output fell 70%, and performing arts by 60%.

Eleven out of 17 subsectors in the research lost at least 17% of their GVA.

Regions with a higher share of performing arts businesses felt the crunch more - the West Midlands had the biggest proportion of jobs in badly-affected industries.

Merseyside was worst affected economically, losing about 23% of its cultural sector GVA since March 2020.

Derbyshire and Nottinghamshire, South Yorkshire, Northumberland and Tyne and the West Midlands also lost a greater-than-average amount of their economic output when regional productivity differences are adjusted for.

Project Lead Professor Malcolm Tait said the predominant industries in each region's cultural sector influenced their resilience to the lockdown and restrictions.

Places like South Yorkshire were "more vulnerable going into Covid" than Manchester, for example.

"The report makes for bleak reading but it at least helps us to know what is going on and then what we want to do going forward."

Covid-19 support funding "has been higher than one would expect" in some places, the study says.

Most regions were awarded about 60% of their annual National Portfolio Organisation (NPO) grants.

But when outlier grants over £5m are excluded, the region received the equivalent of £13.56 per person - the second lowest amount after Derbyshire and Nottinghamshire (£12.97pp).

"The reason for that is the average [pre-pandemic] spend by the arts council is quite low," Tait explained.

Having "fewer large scale cultural organisations and more small scale organisations that were perhaps more vulnerable during Covid" was most likely behind some regions' blockbuster CRF funding, he added.

Gloucestershire's success with the CRF amounted to £19.10 per person, the second highest regional rate after Northumberland and Tyne's £20.44 per person.

The funding figures relate to the first two rounds of the CRF and don't include grants announced last week.

Arts and cultural charities "fared very differently" to businesses, with a significant proportion actually growing their income during the pandemic.

The study found that, on average, about two-thirds (37%) lost only 10% or less of their income.

By comparison, 43% of arts charities in Merseyside lost more than half their income.

Tait said the findings should be taken with a pinch of salt: large multi-year pre-pandemic grants may have been recorded as income for 2020.

However, volunteering declined during the pandemic, leading the value of arts, culture and heritage sector volunteering to fall by 10% nationally, the study estimates.

It says: "A key question is whether the hardest-hit charities can survive and whether those helped by funding support from the Government and other sources during the pandemic can sustain themselves after this supported is ended."