A parliamentary report into writers' experience of Covid-19 says "a clear line of communication between the Government and the creative workforce" would address gaps in support - and save an £11bn industry from a cliff edge. 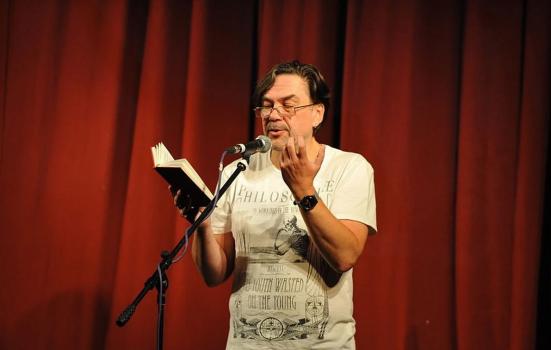 Authors have lost earnings as appearances and commissions are cancelled during the pandemic
Photo:

A "clear line of communication between the Government and the creative workforce" would aid policymaking and recovery from Covid-19 - and provide a much-needed route to improving support for freelancers.

The All-Party Parliamentary Writers Group (APWG) has recommended a Creators Council be established to save not just an £11bn industry under real duress, but creators generally amid schemes that have focussed on organisations over individuals.

A report released this week says authors, playwrights, poets and screenwriters are battling cancelled commissions, the loss of personal appearances, harsh contract terms, and a decline in high-street bookstores during the pandemic on top of their "already parlous" primary earnings.

"Such a body could provide a regular forum to discuss cross cutting issues in place of the ad-hoc arrangements assembled amid the pandemic so far."

Submitters to the group's inquiry feared news of a boom in book sales during lockdown obscured a more worrying truth: as of 2017, the average professional writer earned just £10,500 - a 42% decline in real terms over the past decade - and 65% of writers lost income during the first half of the pandemic, a survey by the Authors' Licensing and Collecting Society (ALCS) found.

The situation has only worsened since then. Less than a third of writers received support during the first two rounds of the Self Employment Income Support Scheme (SEISS) and 96% were ineligible for furlough. Those who kept reserves to pay tax were unable to access Universal Credit.

"There is a cruel irony that pieces are read by more people across the world and yet the people who write are getting less,” novelist Philip Womack said.

A ten-point plan for the industry's survival suggests a Creators Council representing individuals within the sector "could give valuable insights" into solutions to the complex issues facing the creative industries in the post-Brexit, post-pandemic digital age.

However, other copyright and contract protections as well as targeted support are needed to ensure authors are "fairly rewarded and can keep doing the fantastic work they do," APWG Chair Giles Watling MP said.

The Association of Authors' Agents (AAA) said there is an ecosystem of publishers that rely upon authors to be "healthy and economically resilient".

"Many authors are not receiving a high enough share of the profits of publishing to protect their creative livelihoods."

ALCS Deputy Chief Executive Barbara Hayes said the society's members have struggled to sustain their careers as writers over the past year.

"We hope that the Government accept and can begin implementing the recommendations in this report, but do so in dialogue with organisations that represent the creative workforce instead of simply just industry bodies."

Supermarkets have superseded book stores during Covid-19, leading to a "skewed" marketplace in which Amazon is the biggest bookseller and independent retailers cannot compete.

This has implications for all but the the bestselling authors. Mid-list authors saw a significant decline in sales in 2020 and just 14% of writers surveyed expected their income to remain stable throughout the pandemic.

"Some authors lost their contracts entirely and for many debut authors it was terrible, with no bookshop launches. You may not then get that crucial second book deal because sales are so low."

Poets, who generally rely on paid appearances for income, were perhaps the worst affected. They were already "finding it particularly tough to maintain a livelihood," the APWG's report said, and low-paying compilations have made this art form "less viable as an entry point to professional writing".

"This is particularly concerning for authors in fields such as educational writing, where their work is continually used by students," the report said.

"Fair and modern contract rights, therefore, are vital for authors in the digital age."

While libraries loaned more e-books in 2020, this didn't make up for a decline in physical lending.

The APWG called on the Government to increase the £6.6m Public Lending Right scheme to provide targeted help to writers at a "modest" cost. The fund, which has been frozen for a decade, is half the amount offered by Germany and France.

Changes to royalty structuring in the 1990s that linked payments to net reciepts rather than cover price pushed them well below the rate of inflation. Now, the UK must "resist pressures to broaden copyright exceptions", the group said.

Europe is a major market for UK publications and publishers are at risk of barriers to trade after the Government rejected the EU Copyright Directive, which outlines remuneration for creators.

"It is crucial in trade talks... that the UK’s IP exhaustion rights are not weakened, nor ceded on an international basis," the report reads.

The group also urged a replacement for funding lost after the UK's withdrawal from the Creative Europe programme, recommending improved access to grants for individuals and more support for developing writers outside of London.

Female authors earn about three-quarters of what their male counterparts do, the latest ALCS survey found.

Like many creative industries, writing is largely the purview of the privileged. Studies by DCMS and the Royal Society of Literature suggest that writing professionally is a career path for those with independent means.

Writer Dawn Finch said there was a danger the pandemic will damage diversity and inclusion within publishing.

"I think we will lose working class people; we will lose people whom you know already were on that edge of poverty anyway."