Last-minute interventions by senior figures “ultimately served to undermine the integrity of the RFO process”, staff told an independent review. 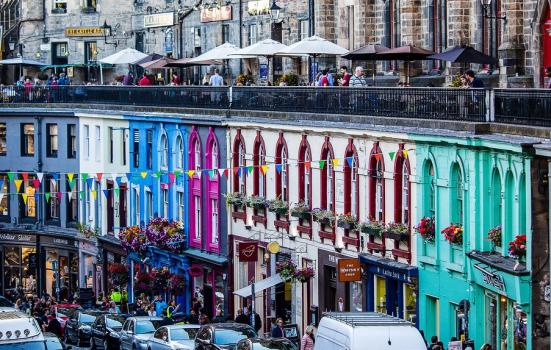 Last-minute interventions by the leadership of Creative Scotland led to organisations previously judged “unfundable” being awarded multi-year grants as part of its portfolio of Regularly Funded Organisations (RFOs), a previously unreported independent review has found.

Interviews with Creative Scotland staff revealed “frustration and confusion” that senior figures had stepped in to overturn earlier assessments.

The decisions were part of a high-profile controversy last year that saw the funder U-turn to restore annual funding to five organisations previously excluded from the portfolio. These were the children’s theatre companies Catherine Wheels and Visible Fictions, disabled-led companies Lung Ha and Birds of Paradise, and baroque musical ensemble the Dunedin Consort.

The report, by consultants Wavehill, was published in October last year but had not been reported until being discovered by ArtsProfessional. It says that “two organisations that were initially assessed as ‘unfundable’ were subsequently reintroduced into the process following internal discussions at Stage 4 of the process. This decision was undertaken due to the specific implications that their removal would have on the balance of the network.”

It adds: “Each was initially assessed as ‘unfundable’ due to technical issues with their applications, which were subsequently revisited and re-assessed as being fundable”.

Creative Scotland said it could not comment on which organisations had been judged “unfundable”, for reasons of commercial confidence. Following the publication of the report, the funder has begun a major strategy update and funding review.

Wavehill’s review of the RFO funding process, carried out last year, followed a high-profile controversy at the national funder that led ultimately to the departure of its Chief Executive, Janet Archer. Creative Scotland’s announcement of its portfolio decisions in January 2018 was met with widespread outrage after several well-regarded organisations, including some working with children and led by disabled people, were not awarded funding. Culture Secretary Fiona Hyslop tweeted that “a lot of angst and worry could be avoided” if the funder was clearer about its commitment and funding plans.

Creative Scotland then called an extraordinary board meeting on 2 February which resulted in the decision to admit five more organisations into the portfolio, at an additional cost of £2.6m. But this process was seen as biased by some staff.

“One of the main criticisms fed back by Creative Scotland’s teams was an absence of internal feedback on how the final network recommendations were reached and detail of the discussions that took place as part of the balancing the network,” says the report.

“This has led to internal claims that this final decision-making stage lacked objectivity, introduced an element of bias into the process and set aside much of the detailed information and analysis contained within the initial Stage 2 assessments.”

It says that “any balancing exercise inevitably includes a degree of subjective professional judgement,” noting that “this is not unique to Creative Scotland and similar processes are used by Arts Council England.”

By the time of the extraordinary meeting, two board members had already resigned. The report says that the board had felt rushed into approving the original funding decisions in January. One board member felt “backed into a corner” by Archer and Interim Chair Ben Thomson, and several admitted that “in retrospect they should have halted the process at this stage”.

It says “it is unclear to what extent the discussions that took place between the 18 January board meeting and the extraordinary board meeting were fully guided by the published process and this ambiguity and lack of transparency is at the heart of much of the criticism that has been levelled at Creative Scotland”.

The review concludes that the funder’s actions stretched the rules to the limit, saying: “The course of action taken by Creative Scotland in the final stages of the RFO process has challenged the logic and narrative surrounding the design of the assessment and decision-making processes. This has served to create, at best, ambiguity regarding the final network recommendations and, at worst, accusations of inconsistency or bias in the process.

“Although no evidence of such has been uncovered during the course of this evaluation, Creative Scotland needs to draw on the lessons outlined in this report to ensure that the processes used for future funding models are more inclusive for staff at all levels of the organisation and, whilst retaining the necessary commercial confidence of applicants, more transparent for the wider sector.”

Too big to fail

Another recurrent theme emerging from consultations with staff and board members was “whether certain organisations were ‘too big to fail’, or in other words, whether some organisations would always be funded regardless of the outcome of an assessment process.”

It says supporting organisations deemed to be integral to the national cultural infrastructure “needs to be factored into the design of future funding models and requires a wider dialogue between Creative Scotland, Scottish Government and the sector”.

The review also found widespread confusion among applicants about Creative Scotland’s funding criteria. More than half (55%) of applicants that did not receive funding said they did not clearly understand the assessment criteria for funding, as well as 42% of successful applicants.

It concludes: “Whilst this highlights a need to continually strive to improve the clarity around the criteria with which funding applications are assessed, it also perhaps demonstrates varying levels of confidence and experience across the sector in preparing funding applications”.

Creative Scotland’s strategic and funding review began in November last year. The funder said it has undertaken a comprehensive analysis of other models for funding and financing culture used across the world, as well as reviews of its historical funding and previous consultations, and that these will be published on its website soon.

The organisation is currently undertaking internal discussions based on this research, as well as hosting a programme of discussions with the public and sector development groups.

A spokesperson said: “Following on from the internal and external conversations, we will develop and test potential new funding models during the summer and autumn this year.”

As well as reviewing its long-term strategy, the funder will also consider the immediate revenue funding needs of creative organisations when the current RFO arrangements end in 2021. Creative Scotland said: “We appreciate that there will be a need to discuss and communicate on plans for the next round of regular funding and we will do so as soon as we are able.”

The organisation plans to test its new funding approaches in autumn this year, before finalising and publishing them in the winter.