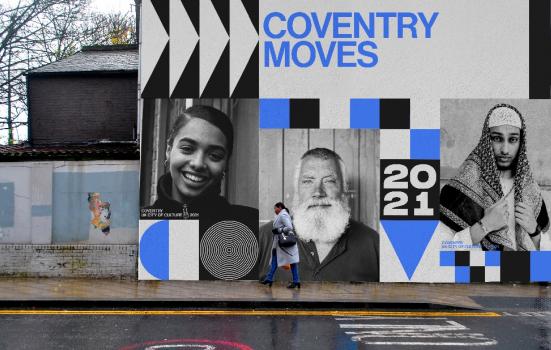 Blockbuster events like Coventry 2021 are partly responsible for reversing a decline in councils' culture spending
Photo:

English councils budgeted more for culture this financial year than in 2019/20, reversing an established pattern of decline.

But figures reported to Government this year show that value of culture budgets across 360 councils is up by 4.28% this year.

Altogether, culture budgets are £16.6m higher this financial year than in 2019/20, due in part to City of Culture-style events.

However, this growth could be at risk as cash-strapped councils look to recover from the devastating impact of the coronavirus.

Some, like Manchester, have already called for more culture spending, noting it drives wider economic activity but the Government has shown little to no interest in pursuing this.

We asked some of the councils recording large increases to their culture budgets what the money was for.

Large, city-specific events were the driver for Coventry City Council as it pursues a delayed year as City of Culture, and at Leeds City Council, where most of a £1.37m increase arose from grants to Leeds Culture Trust for Leeds 2023.

Liverpool's £1.4m increase came from the introduction of Croxteth Hall and Marketing Liverpool to the Culture Liverpool portfolio. "It is now responsible for the management and operation [of these organisations] so those existing budgets have been subsumed into culture, hence the increase," a council spokesperson said.

"However, there is some increased spend across these cultural offers through higher costs and a rise in demand at the Walsall Arena and Arts centre,” Perry noted.

Birmingham City Council said a £1.2m drop in its culture budget recorded in official statistics was not an accurate reflection of its spending.

A spokesperson said: "this relates to one-off resources provided for Arts Endowments in 2019/20."

"Culture budgets supporting organisations have not been reduced between 2019/20 and 2020/21; in fact they rose in line with inflation."

The coronavirus pandemic is likely to place pressure on councils that want to continue supporting culture and creativity in their areas.

The Local Government Association (LGA) and Creative Industries Federation this week released a handbook to help councils implement new creative economy strategies in their areas, "ensuring that the creative industries can play a key role in the national economy recovery".

Creative Industries Federation Chief Executive Caroline Norbury said the creative sector is "an economic powerhouse" that has historically been neglected during economic downturns like the 2008 financial crash.

"As we plan for an economic recovery, regional focus is key. We need to use local knowledge and devolved power to build tailored, community-owned responses from the bottom up.”

Spending in the cities

The most significant shift in spending has been among 36 metropolitan councils, which increased their culture budgets by £8.3m (8%).

Some councils recorded million-pound increases, but the average increase was £230,000. Out of the 36 authorities, 10 recorded a lower investment in culture in 2020/21.

While England's nine regional combined authorities had a statistically high increase at 29%, the collective growth was just £700,000.

Analysis of the budgets shows a 5.4% drop among shire districts (£5.3m). However, the number of these councils also fell over the last financial year, from 192 to 188.

Friday, 25 September 2020
£7.4m of Historic England's £92m Heritage Action Zones scheme has been allocated to projects in towns across England. The programme asks for cultural consortia to lead on creative projects to... read more

Friday, 25 September 2020
Dignity issues around hair and makeup, racist language in the casting processes and casual racism in dressing rooms have been among the growing number of complaints raised by Equity members in the... read more
(The Guardian)