Culture and heritage budgets across England are starting to settle as unitary authorities spend more. 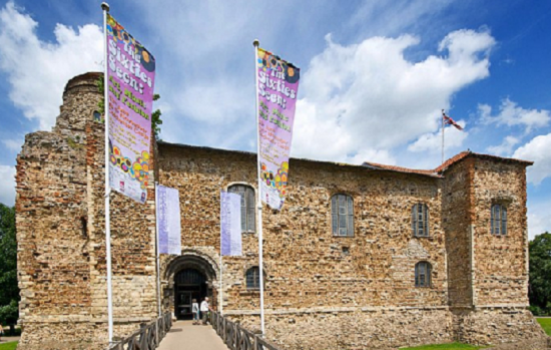 A reported increase in Colchester Borough Council's culture budget was misleading because this year's figures did not account for income from admissions to Colchester Castle, pictured.
Photo:

Cuts to local authorities’ culture budgets are slowing, with a 1% drop across England reported to the Government this year.

Last year budgets for culture dropped 2.2%, continuing a long-running trend. The total allocation for cultural spending fell by £48m between 2014/15 and 2018/19.

Overall, unitary authorities plan to spend £82.6m on culture next year compared to £79.3m this year. The number of unitary authorities remained constant at 56, although there were some administrative changes. Dorset Unitary Authority absorbed the functions of five local bodies, while Bournemouth, Christchurch and Poole became one unitary authority.

Nine fewer councils reported their planned culture spending for 2019/20 than in 2018/19 due to administrative changes.

However, several councils contacted by ArtsProfessional said the reported figures were “misleading”.

They blamed accounting errors or inconsistencies in how spending was classified each year for the alleged errors.

A spokesperson for Eastleigh Borough Council said the returns, which show its culture and heritage spend budget changed from £146,000 last year to -£71,000 this year, were not an accurate reflection of its spending “as elements of the service are split across different areas of the form, as specified by Government”.

The spokesperson pointed to figures in the council’s budget book that show £1.76m has been allocated for culture and heritage in 2019/20 against a projected income of £1.03m: “[There is] a requirement from our general fund of £730,650, which is clearly not a negative spend.”

Colchester Borough Council said its reported spend for 2019/20 – £1.25m compared to £541,000 in 2018/19 – was not offset by income from admissions to Colchester Castle, although last year’s figure was. “There has been no significant increase in budget,” a spokesperson said.

Other councils attributed large year-on-year changes in their reported budgets to changing classifications: Blackpool Unitary Authority’s planned culture spend now includes budgets previously classified under tourism, while the reintroduction of libraries and sporting facilities to Northumberland Unitary Authority’s remit was the cause of a reported 200% increase in culture spending.

Further councils appear to be cutting their culture budgets entirely, continuing a trend from last year, when four councils did this.

New Forest District Council, West of England Combined Authority and the Isles of Scilly are reporting a £0 budget for 2019/20.

But New Forest District Council disputed the figures, saying it had allocated £56,000 to fund five arts and cultural organisations this year and £87,270 the year before. This money was classified as “grants” rather than “culture and heritage”, a spokesperson said. West of England Combined Authority did not respond to a request for comment.