Coventry City of Culture delayed until May 2021

Partners say the new date means the cultural showcase “can be reimagined in response to challenges facing the country”. 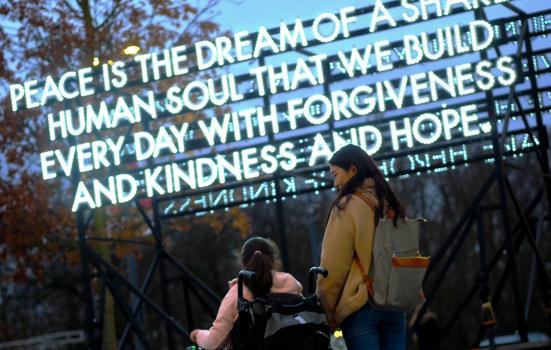 Coventry 2021 has been postponed – but organisers say the show will go on.

A new start date of May rather than January means the city can still host a year-long programme that recognises the impact of coronavirus and celebrates Coventry’s legacy and future as a cultural destination, partners in the project announced on Friday.

“Unfortunately, the Covid-19 pandemic has obviously had a major impact on preparations,” Duggins said.

“The year as UK City of Culture will put Coventry in the national and international spotlight. It is a fantastic opportunity, but we only have one chance to hold this wonderful title and it is vitally important that we are completely prepared when our time comes.”

“[This] reaffirms out commitment to delivering a year with impact, but it will also be a chance to celebrate for the city and the UK at a time when it has never been more important to do so.”

A spokesperson for Coventry 2021 said its total budget of £40m remains the same but acknowledged that “the fundraising environment for Coventry and the wider cultural sector is challenging”.

They added: “the trust is focussed on securing as much of our original target as possible in order to support our local arts sector, the freelancers who will deliver the programme, and community groups.”

Freelancers, contractors, and employees affected by the change in dates will be paid in full, the spokesperson advised.

In April, organisers were forced to cancel a test event for the festival. Money earmarked for the event was redistributed to local artistic commissioning opportunities and a £60,000 Coronavirus Resilience Fund was established by Coventry City of Culture Trust.

Altogether, the City of Culture year will involve at least 120 community-led or charitable organisations.

“That moment might be starting a little later than we’d all anticipated but it’s still going to be life changing. Taking part in world class cultural activities and sharing in creative experiences helps people to live happier, healthier, and more fulfilled lives.

“That will be the legacy of Coventry 2021 for decades to come.”