Children from deprived areas shut out of music qualifications

Research finds that “large geographical areas are completely without music provision at A level”. 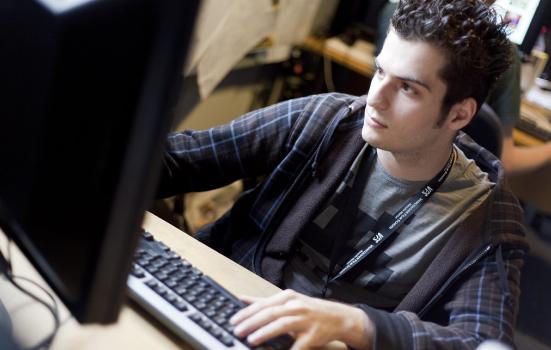 vancouverfilmschool on VisualHunt.com / CC BY

Social inequality in school music provision is denying children from the poorest areas of the country the chance to pursue musical careers, and blocking the music industry’s future talent pipeline, according to new research.

A report from Birmingham City University, commissioned by the Royal College of Music and the Royal Academy of Music, finds that in some of the most deprived areas of the country, there are no students studying music at A level.

In Knowsley, Tower Hamlets and Middlesbrough – which are among the most deprived local authorities in the country according to the Government’s Indices of Multiple Deprivation – no students were entered for the qualification in 2017/18.

Areas that submitted fewer than five entries each included Blackpool, Tameside, Barnsley, Slough, Hartlepool, Redcar and Cleveland and Bury – again, some of the most socially deprived localities in England. Meanwhile, the highest numbers of entries were in London and the South East.

Professor Colin Lawson, Director of the Royal College of Music, said: “Large geographical areas are completely without music provision at A level standard and this is especially alarming when research tells us that these are areas of the greatest social deprivation.”

Looking at figures across a five-year period from 2013-14 to 2017-18, researchers at Birmingham City University found that around two thirds (60%) of A level music entries came from schools in postcodes with a historically high level of access to higher education (a POLAR rating of four or five).

And over 20% of A level music entries come from fewer than 50 schools, which make up just 4% of all entry centres.

The socio-economic divide in A level music entries has changed very little over the five-year period covered in the research, although entries overall have fallen significantly. According to figures collated by the Cultural Learning Alliance, between 2010 and 2018 there was a 38% decline in students taking A level music, from 8,790 to 5,610.

Independent schools account for a disproportionately high number of A level music entries – 27.9%. At the 16-19 age range (Key Stage 5), the independent sector represents just over 18% of the school population.

Also highlighted in the report is the small average size of A level music class groups, which it says is “a challenge to the sustainability of the qualification”.

But some individual schools entered more than 50 times the numbers of students than some local authorities were able to field.

This uneven spread across England sees A level music education concentrated in a relatively small number of schools, meaning that whether or not a student is able to study music is in large part being determined by where they live.

The report states: “If students are to have equitable access to this qualification, it is vital that A level music continues to be offered across the spectrum of schools and, importantly, across the entire country. Currently, this is not the case.”

It concludes: “The responsibility lies with the sector as a whole to address these deep inequalities, dispel myths around music not being a ‘serious’ or worthwhile profession, and to open up progression routes to achieve musical excellence”.

Commenting on the report’s findings and the continued decline of music education in England, Chi-chi Nwanoku OBE, founder of the Chineke! Foundation for BME classical musicians, said that “a healthy amount of music and creative learning whilst in school” was vital, especially for talented children with dyslexia, autism or other learning difficulties.

“By removing the opportunities for today’s young people to grow and excel in creative subjects and develop their lateral thinking, we are shutting down the potential for some of the most promising minds and leaders of tomorrow,” she said.

“We know there is a crisis in music education,” said Lawson. “The inequality in provision is now deep within the schools system and has been for years. The conservatoire sector cannot recruit from the greatest pool of talent and, ultimately, the music profession will lose out.”