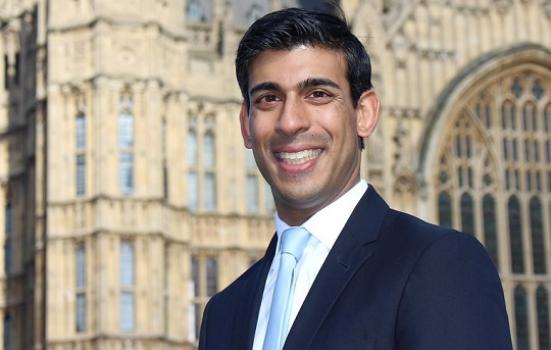 Every secondary school will receive £25,000 a year to support arts education from 2021, Chancellor Rishi Sunak has confirmed in his Budget.

The 2020 Budget provides little extra funding for the arts: DCMS’ budget has grown by £100m to reach £2.3bn. But it has confirmed a cut in business rates for small music venues and a £270m “arts pupil premium” over the next three years.

Institute of Fiscal Studies Director Paul Johnson said the Budget represented real growth in public spending of 2.8% per year – much faster than the UK’s rate of economic growth.

“With investment spending rising even faster something has to give,” he warned.

Here’s what you need to know:

While many welcomed the commitment to this manifesto pledge, there are limits to what can be achieved with £25,000 per school per year.

Eliza Easton, Head of the Policy Unit at the Creative Industries Policy and Evidence Centre, asked on Twitter whether additional funding would repair “significant drops in many creative subjects”, both in provision and uptake.

Fabian Society researcher Ben Cooper tweeted “if it’s good for secondary schools, it’s good for primary schools”. The society has previously called for an arts premium at primary school – this was Labour’s version of the policy – based on its research into the decline of creative education.

“Disappointing that the Government isn’t willing to invest right at the start of school,” Cooper wrote.

Small arts and entertainment venues are among those given a 100% discount on business rates for a year to help stem possible losses arising from the coronavirus.

The Musicians’ Union and UK Music said this was “great news” and a “lifeline” for music venues. The Government has also confirmed a previous commitment to permanently cut business rates in half for venues with a rateable value of less than £51,000.

But Phoenix Arts Club asked which museums, theatres and clubs have a rateable value that low: “We don’t and no one else in London [does],” the organisation tweeted.

A wider Government review of business rates relief will conclude in Autumn.

‘Levelling up’ the regions

The Government said it will direct £90m towards cultural regeneration outside of London to “level up” the regions.

This boost to the Cultural Development Fund was announced as part of a £250m package of cultural initiatives in October. The fund, originally £20m, is administered by Arts Council England and not available to organisations and individuals based in London.

Creative Industries Federation CEO Caroline Norbury said small-to-medium sized creative enterprises still face significant financial challenges and the Government’s actions must support its rhetoric: “The announced investment in infrastructure to ‘level up’ the county is welcome but this must be accompanied with investment in, and a far more strategic approach to, education, skills and training.”

Measures relating to the coronavirus unsurprisingly consumed many of the headlines about the Budget. Sunak announced that anyone who is advised to self-isolate, or is living with someone who has been, will qualify for statutory sick pay.

For freelancers, both the minimum income for receiving Universal Credit and the requirement for claimants to visit a job centre have been temporarily removed.

Bectu Head Phillipa Childs welcomed the extra support for the self-employed but said the Universal Credit system was “simply not up to the scale of the challenge”.

“The Universal Credit system has been shown time and time again to lack the robustness to cope with any form of change in demand so to use it to deliver this help is short-sighted in the extreme.