Projects in Wakefield and the Thames Estuary have landed more than £4m each to boost the local creative industries, through a DCMS fund set up as part of the Government’s Industrial Strategy. 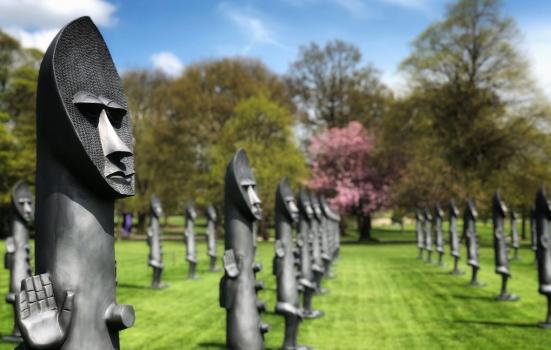 Wakefield, Plymouth and the Thames Estuary will be the biggest beneficiaries from the Government’s £20m Cultural Development Fund, designed to support culture-led growth in English towns and cities outside London.

The project in Wakefield has been granted £4.4m to bring together organisations including Yorkshire Sculpture Park and the Hepworth Wakefield, to turn the area into “an internationally renowned location promoting our world-class creative industries”.

Meanwhile, Thames Estuary will receive £4.3m to support the development of “a globally-significant creative production corridor”. A consortium intends to develop a creative cluster through cultural research and development, training and mentoring, and arts commissioning.

In Plymouth, £3.5m will support the use of immersive and digital technologies to encourage growth in the local creative sector, including a cultural programme marking the 400th anniversary of the voyage of the Mayflower ship to America.

The other recipients of the funding are Grimsby, which receives £3.2m to deliver events, public art, business support and production facilities, and Worcester, where £3m will be used to develop creative workspaces and business support in historic railway arches, and support a programme of festivals to “diversify the local cultural offering” and keep creative graduates in the city.

The fund was announced as part of the £150m Creative Industries Sector Deal last year, with the aim of “replicating the huge success of Hull” in its stint as UK City of Culture in 2017.

DCMS says that the funding is expected to create over 1,300 new jobs, provide skills training to 2,000 people, and support more than 700 businesses.

Applications were open to partnerships and consortia in towns and cities outside London for projects taking place between 2019 and 2022, which were required to secure 20% match funding. While the application process was administered by Arts Council England, funding decisions were taken by DCMS.

“This is an incredible opportunity that will not only help people build careers in the arts and culture locally but also boost wider investment and diversify the creative economy.”

Wright announced the funding decisions during a speech in Coventry, which will be UK City of Culture in 2021. He paid tribute to the city’s cultural heritage, “from Philip Larkin to The Specials”.

Wright said it was a cause for celebration that so many towns and cities were developing plans to use culture to drive growth, and said he hoped the Cultural Development Fund would inspire local authorities and local enterprise partnerships to incorporate culture into their industrial strategies.

He also highlighted the potential of culture to strengthen communities, develop soft global power and bridge divides at a time of political turmoil. “This week of all weeks, I make the case for culture’s capacity to heal wounds,” said Wright. “It can bring us together and we need it to do so now”.