Battersea Arts Centre brings in 'pay what you can' model

The National Portfolio Organisation has pursued its plan to widen access in spite of the pandemic and says funders have been "universally supportive". 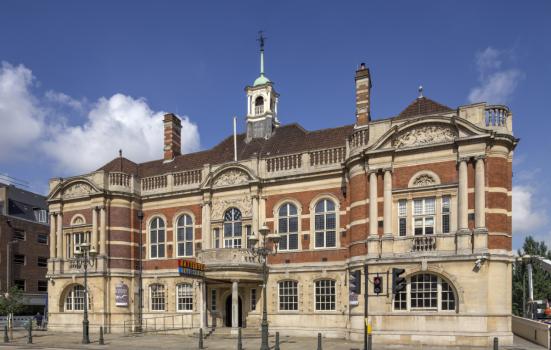 Battersea Arts Centre has introduced a 'pay what you can' model for all future performances and activities in spite of the pandemic.

The National Portfolio Organisation's long-held ambition to widen access will see audiences presented with recommended rates for live and digital events based on operating . If they pay what's proposed, the south west London arts hub will break even; if not, the venue may end the scheme after an evaluation in 2022.

But Artsitic Director and CEO Tarek Iskander says financial sustainability is not the organisation's driving concern.

"Of course there's a financial risk if people pay below the price, but what's the risk to us if we can't get the art out to people?"

"There may not be financial rewards but there will be other community rewards."

Iskander said the early signs are positive - one post-lockdown show sold out within 48 hours - and that funders are "universally supportive".

Last year's spring lockdown gave the organisation time to plan the change to its business model and cemented its desire for financial accessiblility.

"The pandemic has been so awful on so many levels. To be able to stop and provide and do things differently does feel important," Iskander said.

"It’s important that we are all supported to come together now, whatever our financial means or personal circumstances, and do the exciting creative thinking needed to refashion our communities and the ways we relate to each other and our world."

Pay what you can has long been debated within the arts sector. Sometimes called pay what you decide, its modern use dates back to 2002 when the Royal Liverpool Philharmonic considered it. Slung Low in Holbeck was first to intoduce the model for its temporary railway arches performance space.

Battersea Arts Centre has based its system on that of Slung Low and ARC Stockton, which has operated the model since 2015.

But Iskander says previous models have been limited to smaller organisations: "There's not been many models of comparative scale; we're possibly the largest organisation we can think of [to do this]."

Like ARC, it will remove box office splits to protect artists' income, taking on all the financial risk.

Robin Cantrill-Fenwick, CEO of cultural sector consultancy Baker Richards, said few organisations with fixed overheads such as buildings have been able to make pay what you can their sole pricing approach.

"The history of participative pricing is generally one of ambitious schemes being dropped or reduced in scope over time.

"Battersea Arts Centre stands a better chance than most of making a success of this approach as they are less reliant on ticket revenues, and they work very hard to first tackle the bigger barriers around attendance to the arts – lack of awareness, interest and perceived lack of relevance.”

Pay what you can models generally boost audience numbers, but are not always as effective at increasing audience diversity.

Harlow Playhouse has promoted the pricing model as "no barriers, no worries, no risk". Iskander said Battersea Arts Centre will invest in ensuring local audiences are aware of its new approach.

"To encourage people to engage with the work, pay what you can can't be seen in isolation."

He acknowledged the venue's demographics may change as a result. "We still need to check in on who engages with the work. There are lots of questions that we don't know the answers to yet."

He added: "One of the criticisms I have heard a lot is that [this approach] devalues the art. I haven't seen any evidence that is the case."

The new pricing model will launch this month with Wild Times, the centre's latest season.