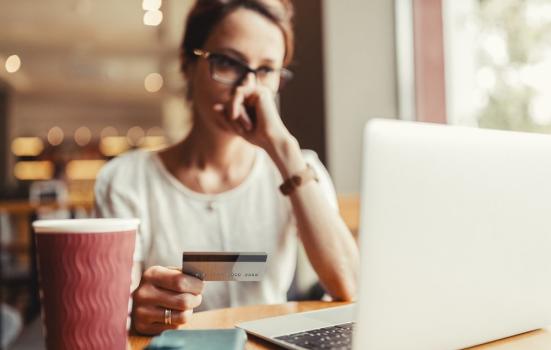 Mainly broadcast from the empty 5,000+ seater Royal Albert Hall in London, many Proms performances were followed by a somewhat alien silence. But on the first night, as the final notes of Eric Whitacre’s choral work Sleep faded away, when the conductor stepped away there was applause - not from the stalls, but from the stage. In the absence of a ticketed crowd, the players of the BBC Symphony Orchestra, waiting to play next, showed their appreciation for their colleagues’ performance.

This spontaneous moment illuminated both the fragility and adaptability of culture in the pandemic. A small, natural gesture that highlighted the extraordinary lengths the sector has gone to in order to continue performing, however and wherever it can, whatever the circumstances.

Most arts organisations cannot dream of broadcast distribution so have instead turned to digital. Writing in the New York Times in July, the arts journalist and critic Laura Collins-Hughes described her feelings of withdrawal from live performance in an article which appeared under the headline “Digital Theater Isn’t Theater. It’s a Way to Mourn Its Absence.” The commentary paints digital as little more than a candle which has burned to keep alive the memory of a collective, in-person experience. There are many who feel this way.

Audience extension – at a cost

And yet the pandemic has opened up extraordinary possibilities for cultural attendance. My own browser history reveals a global journey, from OperaVision’s Summer Gala (a tour of the great opera houses of Europe) over to the USA with Rayshun Lamarr and the American Pops Orchestra, then back to London to be brought up short by My White Best Friend (and Other Letters Left Unsaid) with the Royal Court, before heading to Australia for the delights of the Melbourne Symphony Orchestra.

These streams encapsulated the three main revenue models – free to view, paid for, and donation encouraged. But how many are really willing to pay for digital, and is this a viable future for revenue in the arts – if not for presenting venues, then for producers and makers instead?

Together with The Audience Agency, Baker Richards have recently undertaken an analysis of the data gathered in Indigo’s After the Interval: Act 2, which surveyed over 130,000 UK regular arts attenders.

Unsurprisingly, engagement with digital increased substantially following the outbreak of the pandemic. 25% of these respondents had engaged with digital arts before lockdown, rising to 59% at the height. Of those who engaged, the majority had watched a stream of a professional performance shared on a free platform (83%) or something created at home by performers (55%). In total, 82% of respondents said they would possibly or definitely consider engaging with digital in the future.

But there’s a substantial catch - just 12% of respondents had paid for culture online. The wave of free content was a generous gesture with some lasting side effects – not least of which is the emergence of a price anchor, an expectation that digital culture is somehow free to produce and therefore free to watch. This will take some time to shake off.

Who will pay for what?

Of those willing to pay for digital, some clear trends emerge.

As ever with the arts, getting into the habit helps. Those who have paid for digital in the past are more likely to do it again in the future, emphasising the importance of behavioural segmentation in tracking digital attendees and participants.

Respondents who expect to increase their spend on tickets as in-person events return, were more willing to pay for digital – whether permanently or as a stopgap, the data doesn’t go so far as to say.

No matter how you slice the data, in every category where audiences are willing to pay for a digital artistic experience, only a minority (in the region of 10 – 15%) would pay the same price as for an in-person event. There have been notable exceptions to this rule, though even where producers have successfully tied digital prices to those of real-world tickets, they have generally permitted a single digital ‘seat’ to be shared by a household.

Overwhelmingly, those willing to pay for digital expect to pay a reduced amount when compared to an in-person live event. My interpretation is that this is in part a side-effect of heuristic comparisons with the online video market, and in part an engrained perception among arts audiences, coming back to that idea of a candle in the dark, that digital is inherently second best.

This perception of second best has been given weight by the number of producers advertising a flat fee of £5 for digital content. There are two issues with the £5 price point – it’s low, and it’s fixed. This is not value-based pricing and £5 has, without exception in my experience, substantially undervalued the experience on offer while anchoring the audience’s perception of a fair price very low for the future.

What’s more there is a premium on live events rather than recorded, with bookers willing to pay more for experiences which are created ‘digital first’ rather than streaming a real-world event. So for the niche of a niche – the tenth of the tenth – who are willing to pay larger sums, there is space in the market that is simultaneously creative and commercial for live, high quality digital experiences.

There are two unavoidable facts about any fixed price in any market – some people can’t afford or will choose not to pay it, and others would have been willing to pay more. To avoid leaving money on the table, differential pricing is essential. Basic levers of price differentiation are still valid online. Pricing by title, artist, advance booking, number of viewers, day of week, with/without additional content (an online programme or post-show event) – these are all straightforward and if scaled appropriately will generate more revenue than a fixed price while maintaining accessibility.

Aren’t most of these open to abuse? Yes. But take the example of one theatre which offered two prices for a live lockdown digital experience, with a discount available to bookers on low incomes – a clear majority of customers paid the higher price. Another theatre is offering tickets for its socially distanced auditorium which can be switched for live stream tickets at the same price, up to the day of the performance. This is simultaneously both a safety net which gives bookers confidence that come what may they will see the show, and also a way of getting audiences to pay more for streaming if that is the option they ultimately choose.

For charities, charging for online experiences brings added opportunities. According to our analysis, ‘loyal infrequents’ - those audience members who perhaps attend every year but only once or twice a year - are predominantly transaction donors. They’re willing to add a donation on top when they’re buying a ticket but are less responsive to standalone campaigns. The more transactions a venue can generate, the more donations these audiences will add on top – while staying engaged for the longer term.

Tailored pricing research, such as the Baker Richards Patron Preference Analysis, can take the guesswork out of digital pricing.

Back to a stream from my browser history. The music director of City of Birmingham Symphony Orchestra introduced the CBSO’s live-streamed centenary concert (enjoyed by more than 40,000 people live – something only digital can make possible) with “a most bodacious dream”. Mirga Gražinytė-Tyla said “we wish that in 100 years, every child in Birmingham and the Midlands would consider CBSO their home and a crucial part of their identity.” That’s a dream I can get on board with. Achieving it will involve continuing what has now been started – digital distribution of great art, and a digital experience, confident of its value, appropriately priced.

Find more details of Baker Richards’ and The Audience Agency’s analysis of After The Interval Act II.

Emotional resilience is the key skill for 2022
Rishi isn’t coming to the rescue
Bursting the bubble: where next for socially distanced seating?
What can – and should - you charge digital audiences?
Maintaining focus in the eye of the storm