Support for cutting the isolation period down to five days could alleviate pressure on productions but may not be enough to bring audiences back. 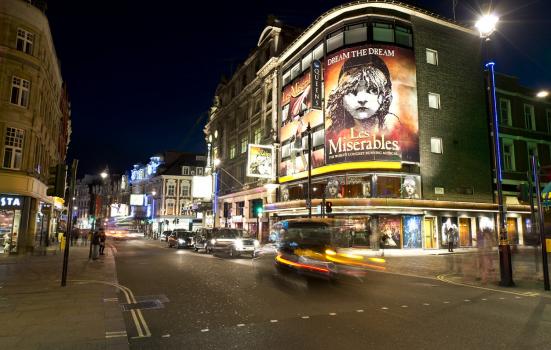 Ministers are eager to cut the isolation period for positive Covid cases from seven days to five, a potential lifesaver for productions.

Cancellations have continued this week, with West End shows Bring It On and Pride and Prejudice* (*sort of) announcing Plan B restrictions have made their runs "financially unsustainable".

Prime Minister Boris Johnson, having previously rejected the idea as too risky, said today (January 12) the Government is "certainly looking" at a change in policy as countries including the US and Switzerland reduce their isolation requirements.

However, getting productions back on track is not the only concern: new research from analysts Purple Seven and Morris Hargreaves McIntyre indicates most theatre audiences are not confident Covid restrictions will end this year.

After a year of stubbornly low attendance, 45% of respondents are "pessimistic" about life returning to normal, with just 28% expressing optimism.

Confidence that restrictions would be removed fell towards the end of 2021. Forty-one percent of respondents were cynical in the study’s first week (November 29), increasing to 54% two weeks later.

84% of respondents still plan to visit a venue during 2022, more than the 71% that have attended an indoor performance since the start of the pandemic.

Purple Seven Managing Director David Brownlee said the data was taken at a time that proved extremely challenging for venues.

“If trading can return to normal there are grounds for optimism as advance sales for the early months of the year are reasonable and there is clearly strong demand to attend, including from many who have yet to return.”

Having to cancel 13 performances has cost Bring It On hundreds of thousands of pounds and destroyed its "financial backbone", its producers say.

"We are heartbroken that we have been forced into this position, but the impact of these cancellations caused by Omicron has left us with no other choice."

Producer David Pugh closed Pride and Prejudice* (*sort of) over a lack of audiences, which he attributed to the Plan B restrictions.

The lost runs follow the cancellation of VAULT Festival last week, which its Director Andy George estimated will affect 2,500 staff and artists cost more than £1.6m.

Performances of Waitress at Edinburgh Playhouse have been postponed as caps on indoor audiences in Scotland remain.

What happens in England could stay in England - Wales has already ruled out reducing its isolation period.

Scotland's First Minister Nicola Sturgeon on Tuesday (January 11) removed caps on outdoor events from January 17 but said vaccine passports could be extended to theatres, cinemas and other public venues and require proof of a booster jab.

Jon Morgan, Director of the Theatres Trust, said continuing limits on indoor events means most of the country's theatres will remain closed.

He similarly called severe restrictions on activity in Wales "disappointing".

"Since these measures came into force, the majority of theatres in Wales have been unable to open as it is unviable to operate with such reduced audience numbers.

"We hope that the recently-announced emergency support for the arts will be allocated quickly to support theatres through this difficult period."