The former Director of Birmingham Royal Ballet and former Managing Director of Edinburgh International Festival are among those who received awards. 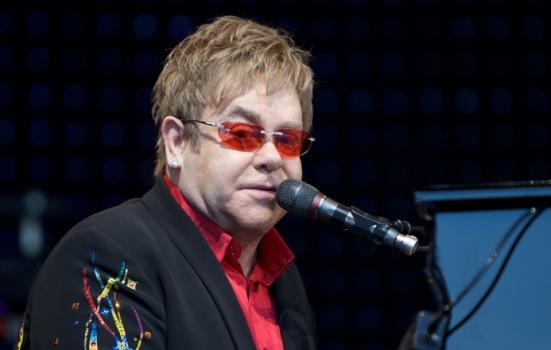 Both Bintley and Burton received knighthoods in recognition of their work. Playwright Christopher Hampton, theatre and film director Sam Mendes, and film director Steve McQueen were also knighted, while ceramicist Magdalene Odundo and writer Rose Tremain were made dames.

The highest recognition went to musician Sir Elton John, who was made a member of the Order of the Companions of Honour. This title is held by the sovereign and a maximum of 65 people at any one time. Other members of the order include Arts Council England Chair Sir Nicholas Serota, actor Dame Judi Dench and percussionist Dame Evelyn Glennie.

There was a strong showing for dance professionals among the other honours awarded. CBEs were awarded to choreographer Shobana Jeyasingh and choreographer and director Stephen Mear. Mirella Bartrip, former Director of Dance at Trinity Laban Conservatoire of Music and Dance, received an OBE, as did choreographer Kate Flatt.

This honour was also received by actor Rudolph Walker and composer Errollyn Wallen, the first black woman to have a work performed at the proms.

Creative artists awarded OBEs included visual artist David Shrigley and the disabled dancer David Toole. In reference to the award, Toole tweeted: “Just so we all know. Having an OBE does not make me a Sir. The number of people that think it does is incredible. I’m just Dave, grumpy old Dave.”

Kanneh-Mason said he was “absolutely thrilled” with the award, in a statement posted from his Twitter account: “I was so lucky to have the dedicated support of my parents in giving me the opportunity to have specialist music lessons… I also had incredible support from the state schools I attended in Nottingham”.

He added that “the love and enjoyment for this great art is something that should be available to everyone, regardless of background” and said he would continue his work with charities to help all young people access music.

Former BBC executive and ArtsProfessional contributor Jane Ellison was among those recognised with a British Empire Medal (BEM), an honour awarded for “a ‘hands-on’ service to the local community”. Ellison is a trustee of Libraries Connected and holds several other advisory roles in the cultural sector.

Member of the Order of the Companions of Honour

For services to the Arts https://livloc.wordpress.com/2019/06/07/john-laidlaw-executive-director-of-live-local-awarded-mbe/
I don't think this was announced in the most recent honours? We mentioned John's MBE in this article: https://www.artsprofessional.co.uk/magazine/job-ladder/john-laidlaw