The independent venue funds high-profile exhibitions by dressing celebrities like Bob Dylan, Kanye West and Angelina Jolie. But after 27 years, its founder says he’s on the losing end of “a long, expensive game”. 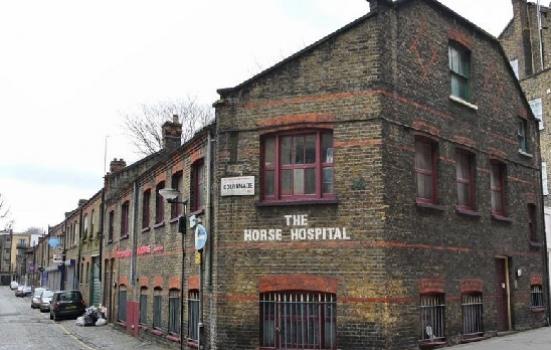 The Horse Hospital has "played a vital role in supporting emerging artists, performers, writers and filmmakers for more than 25 years"
Photo:

An arts centre housing Europe’s largest post-war fashion collection is facing closure after its rent increased by more than 300%.

The Horse Hospital, which claims to be “London’s longest-running truly independent arts venue”, has operated out of 18th-century stables in Bloomsbury for 27 years. It uses the income from The Contemporary Wardrobe Collection, which supplies 20,000 items to celebrities, film sets, television studios and museums, to display work from a wide range of artists including Shepard Fairey, Helen Chadwick, Dennis Cooper and Mark Leckey.

But Founder Roger Burton says he’s fighting a losing battle against the building’s owner, Evannance Investments Ltd, which notified him last summer it was terminating the £30,000 lease and increasing the annual rent to £103,000.

A spokesperson for the company said it hadn’t put the price up since 2001: “We have recently offered Mr Burton a new lease at the current market rent, which is more than it was 20 years ago.”

The Horse Hospital’s current lease has been extended until 28 February, but Burton says the most he can offer is £40,000 per year.

“One could argue we have had a very low rental for the past 10 years but it’s not like we’ve profited from it.

“It’s a long, expensive game that I can’t afford.”

Local politicians have voiced their support for the venue but have been unable to offer more than advice at this stage.

Deputy Mayor for Culture and the Creative Industries Justine Simons and Camden Councillor Jonathan Simpson have both written to Evannance asking for a reduction in The Horse Hospital’s rent. Simons said the Mayor’s office continues to talk to the owner and Camden Council about “securing its future”, saying the organisation has “played a vital role in supporting emerging artists, performers, writers and filmmakers for more than 25 years”.

In a statement, Simpson said the Horse Hospital is “an important arts space for both Camden and London, further adding to the vibrancy, character and identity of our borough”. The non-profit was awarded Asset of Community Value status by Camden Council in 2015.

The authority could compulsorily acquire its Grade II listed building if it can make a compelling case this would be in the public interest. Camden Council did not respond to questions about what measures it was considering to  support The Horse Hospital’s future.

A crowdfunding campaign has raised nearly £9000 but Burton says arbitration over the terms of the lease or legal action to challenge the rent hike – an “increasing likelihood” – would cost upwards of £20,000.

An NPO by stealth?

The Horse Hospital has never been a National Portfolio Organisation (NPO) of Arts Council England despite housing a significant public fashion collection and providing distinctive programming in an innovative, artist-led environment.

Burton says the venue occasionally receives small grants – one significant contribution funded its 20th anniversary exhibitions – but has not tried to become an NPO since failing repeatedly about 15 years ago.

Using The Contemporary Wardrobe Collection’s profits to support The Horse Hospital’s programming, while a delicate balance to maintain, was “a perfect use for an old building like this,” he said.

“It’s like a little microcosm of activity; where one supports the other.”